Salvation for Region Six under Coalition

Residents in the East Berbice-Corentyne region can expect a more robust agriculture sector when Coalition Government retains office after the March 2 General and Regional election; as the administration will be able to salvage the region from the “stranglehold” of the opposition PPP. 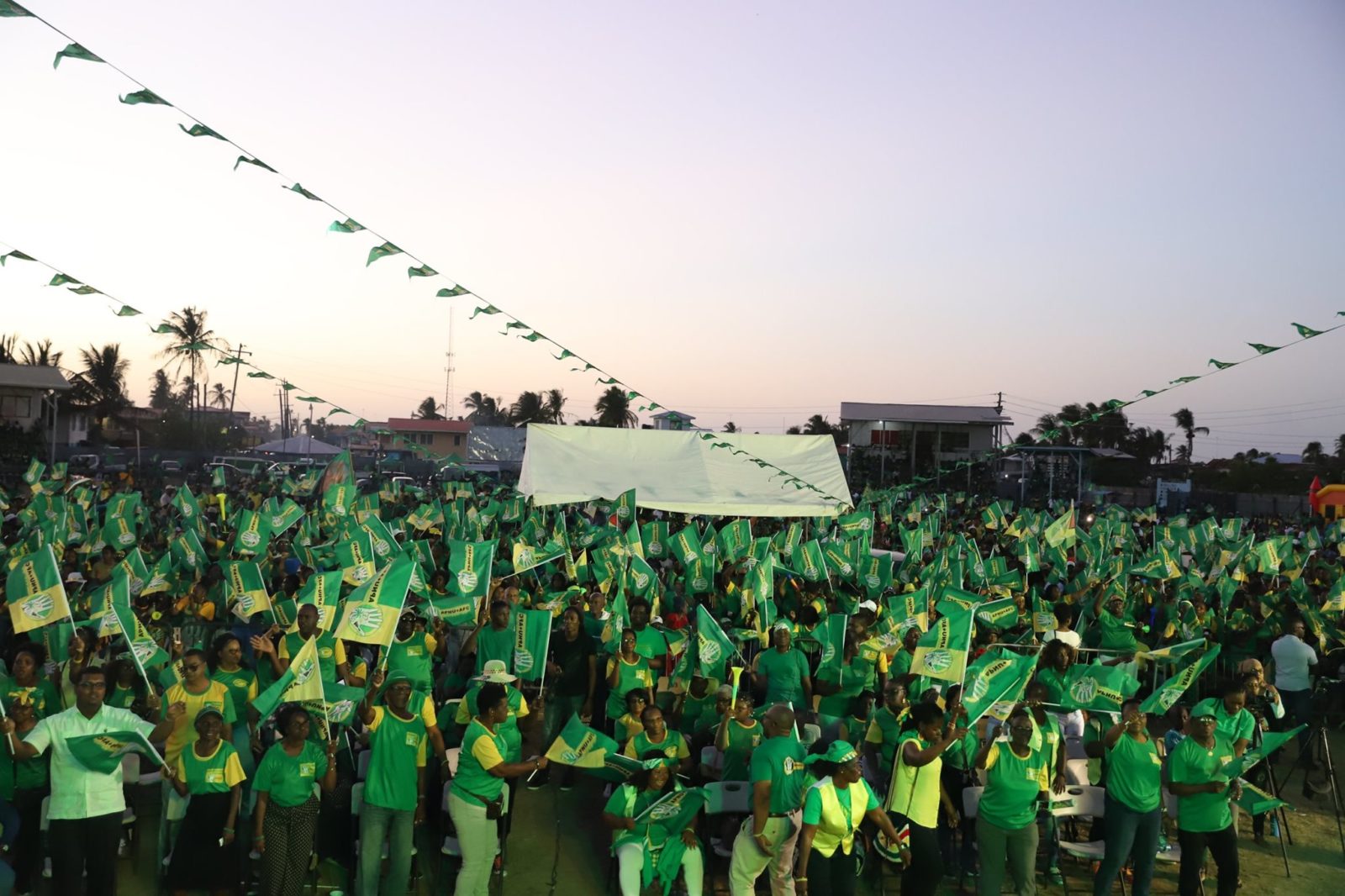 A section of the audience at the Coalition rally in Rose Hall, Region 6

His Excellency President David Granger this evening told residents of Rose Hall Corentyne, that his government will never turn its back on any Guyanese, as his administration is a unit for all.

The Head of State took his message to the Corentyne village, as the coalition continues its elections campaign in the lead up to Election day.

According to President Granger, for too long the opposition’s hold has been on the region. And although its support has been dwindling over the years, its influence on the regional administration has been the reason for stymied development.

The Head of State said the regional administration’s resistance to the central government is hurting residents and development in the process. 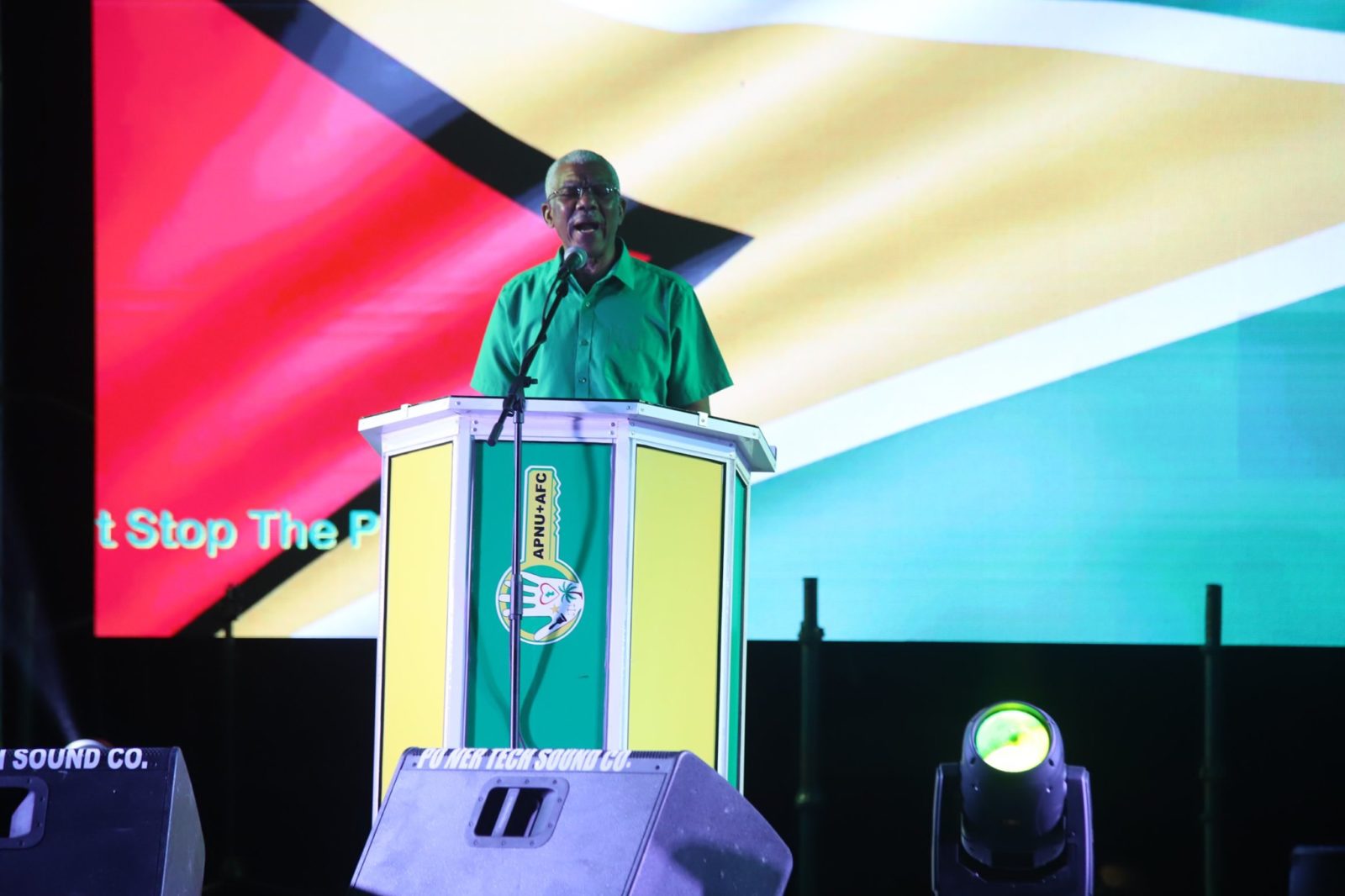 “We only have one government in this country and that is the government of the APNU+AFC Coalition. We cannot have an RDC that only looking after red villages and not looking after green villages. We cannot have an RDC that is not bringing development for all people in this region,” he said, noting that as president of all Guyana, there is no discrimination under his watch. The RDC, he stressed, must do the same.

Describing the PPP as a “big problem” in Region Six, the president urged residents to put an end to the political culture, by showing up and voting for the coalition at both the General and Regional Elections.

“We have to change that, and we will change that on the second of March,” the Head of State challenged.

He said, however, that even with its stronghold, the electoral data shows that over the years, support for the party has been falling dramatically. In 1991, under the PNC government, the region had some 142,000 people. By 2001, 123,000 lived in the region under a PPP administration. By 2012, just about 109,000 persons were recorded to have been living in East Berbice-Corentyne.

“They thought it was a stronghold, but we are going to break that stranglehold on March 2,” President Granger declared.

President Granger said that Region Six, which is bigger than Belgium, should have been one of the leading regions in Guyana. However, left in the hands of the PPP, there is much to be desired.

Under an APNU+AFC government, President Granger said Guyanese can look forward to continued equity and equality.

“We do not discriminate between red and green villages. We ensure that all of the residents of this region, in this country, receive the benefits. It is in this coalition that Region Six will find salvation in our decade of development. We are a caring administration,” he stated.

Taking his message of restored quality of life for all, President Granger reiterated that squatter settlements in the country will be thing of the past under his government. He reminded also of the plans his administration has for former workers of the Guyana Sugar Corporation through the establishment of a State Land Resettlement Commission. 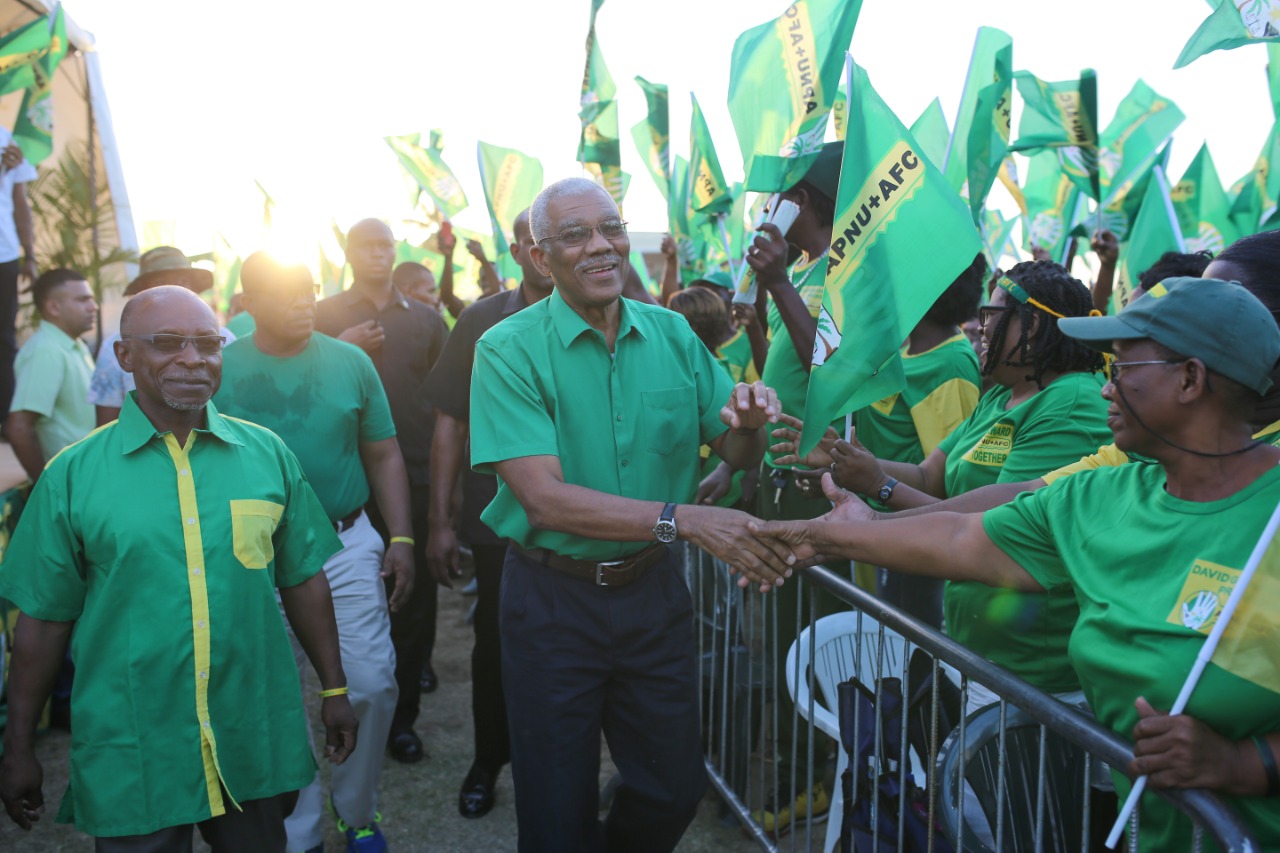 His Excellency President David Granger greets supporters as he makes his way in for the Rose Hall rally in Region 6. Accompanying the Head of State is Foreign Secretary Carl Greenidge.

All of these, the president said will be made possible when the Coalition wins the majority of votes at both the national and regional level.

“The future is bright for Region Six,” President Granger said.