Singling out of Haitians, a ‘political ploy’ that must stop – PM Nagamootoo

The singling out of Haitians legally entering Guyana has been used as a ‘political ploy’ by opposition elements. During a radio interview, Prime Minister, Hon. Moses Nagamootoo condemned this ploy noting that it is an irresponsible act used to instil hatred of one set of people against the other. He has urged that such action be stopped.

The Prime Minister was at the National Communications Network (NCN Inc.) earlier today where he appeared on two separate radio stations for interviews.

“The opposition elements – political opposition, their allies and friends in this country are irresponsible, to use the statistics to imply that Haitians are coming here, and they are doing a disappearing act. [They are also implying] that they [Haitians] are being registered to vote. This is racism! This is xenophobia! This is instilling hatred of one set of people against another, and we have seen where this is taking the world.”

The Prime Minister was referring to claims by the opposition and its affiliates that Haitians are entering the country and are “being registered illegally, to be placed on the voters’ list”.

Further debunking this ‘political ploy’, Prime Minister Nagamootoo reasoned that it is and has always been natural for people to travel to another man’s land. Whether it is for business, pleasure or to emigrate, Guyana has been entertaining nationals from all parts of the world and persons should not single out the Haitians just to gain ‘political mileage’. 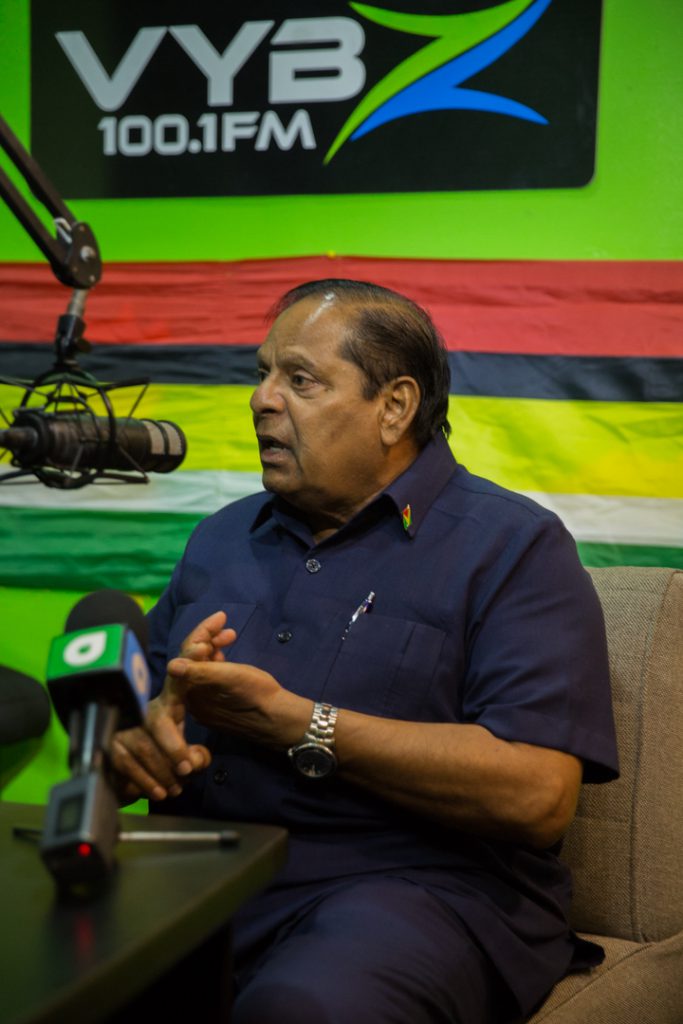 Just recently, there was a French doctor who made Guyana his 174th destination to explore. This serves as testimony that Guyana has once again made its mark on the map for tourism and natural resources, and it is one that should be embraced as a country which has seen significant development over the last four years under the Coalition administration.

“We should celebrate the fact that so many people are coming to this country because Guyana is a better place today,” the Prime Minister noted during his radio interview.

He also used himself as an example to give a better understanding of a person who once travelled to several countries. ‘Taking a page out of his book’, he explained that the desire to move from a lower economy to a higher economy for betterment is part of human nature and happens across all continents of the world.

“There are so, many Guyanese all over the world. I remember those persons referred to as the ‘Wind Rush generation’ from all over then British Guiana and the Caribbean. They left because they wanted to seek betterment.”

He recalled that in the past, a harsh arm was extended to Guyanese travelling to other countries, and we must be careful how we are treating others.

“Haitians are Caribbean citizens; they are our brothers and sisters. They have a right to move anywhere, wherever they perceive to have a better life because that is the dialectics of movements in the world.”

Prime Minister Nagamootoo has urged Guyanese to be vigilant and not to fall prey to the hatred being peddled.

The Prime Minister said Guyana “is now progressing at a 4.1% economic growth rate, and it is predicted to be one of the fastest-growing economies in the world. It is predicted that between last year and 2021, it will grow at 16%.”

To view today’s interview, please check out our Facebook Page or the link provided.