During the Ministry of Social Cohesion’s outreach in Kwakwani on Wednesday, residents were encouraged to collaborate to develop sport within the community. 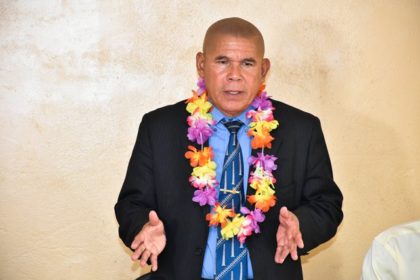 Minister of Social Cohesion with responsibility for Sport, Dr. George Norton acknowledged that the co-operation of relevant stakeholders will be crucial to fostering sport within the region.

Minister Norton emphasised that Guyana’s true athletic potential has for too long gone without proper utilisation, hence the need for promotion and the affording of opportunities for its athletes. He stressed that the country’s hinterland and rural athletes need to be given equal prospects as those in Georgetown, Linden, New Amsterdam. He also encouraged the sport personnel attending the exercise, to highlight the areas which they wish to see developed that will benefit the athletes within the region.

Issues of proper funding, accommodation, the establishment of a sport federation, implementation of coaches, sport gear and equipment for the athletes were highlighted during the meeting, which also saw the Minister restating the call for unity that he has been issuing across the country. 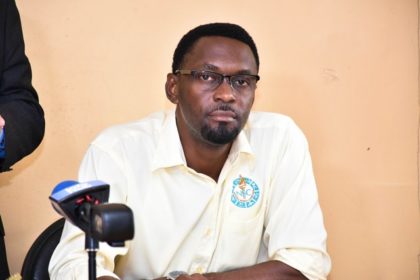 “If what used to take place in Kwakwani, continued for the last two years then in this third year, it must change, and we (ministry) are going to change it. We are going to strive for the change to be positive to have improvement. So, we are here to foster that change and make it positive to guide you,” the minister explained.

Similar sentiments were echoed by Director of Sport Christopher Jones, who noted that “In order to foster cohesion all must be involved that is why we are essentially here today, to let you know that no longer, Kwakwani due to distance will be in the dark. Because … Minister of Social Cohesion Dr. George Norton intends to ensure that all your (Kwakwani) young people are provided with every opportunity of those on the coastland.” 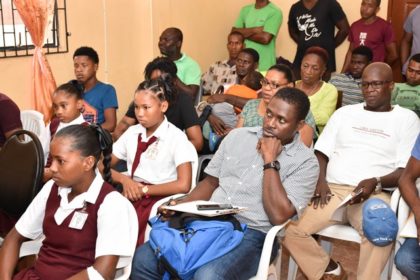 A section of the participants at the Ministry of Social Cohesion outreach.

Meanwhile, Natasha Singh-Lewis, Technical Officer attached to the Ministry of Social Cohesion expressed her appreciation for female representation in sport within the region. She cited the region’s female football team as a good example of inclusivity and gender equality. She observed that the region’s athletes are known for excelling in all sport discipline despite challenges and assured that the ministry ensures equal opportunities are made available.

Residents said the region has been placed on the backburner for far too long which has led to their athletes being overlooked.

The Director of Sport in response explained that one of the features that the National Sport Commission (NSC) has established is a database which allows them to select the athletes based on their performance at the Nationals Sport Meet.

Minister Norton said that the areas highlighted will be dealt with and his ministry will assist with the provision of sports gear and equipment.