“State Commission and Instrument of Commission not mere certificates”

The award of “State Commission and Instrument of Commission are not merely certificates,” His Excellency President David Granger told the most recent batch of newly commissioned Officers who recently completed the Standard Officers’ Course No. 51.

The Head of State was at the time addressing the officers at the Presentation of Instruments ceremony today via a video message. 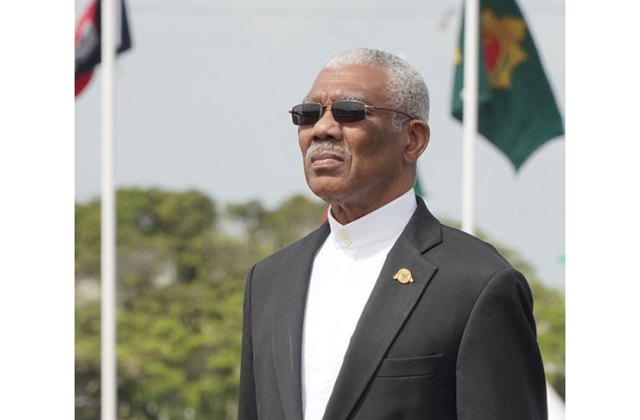 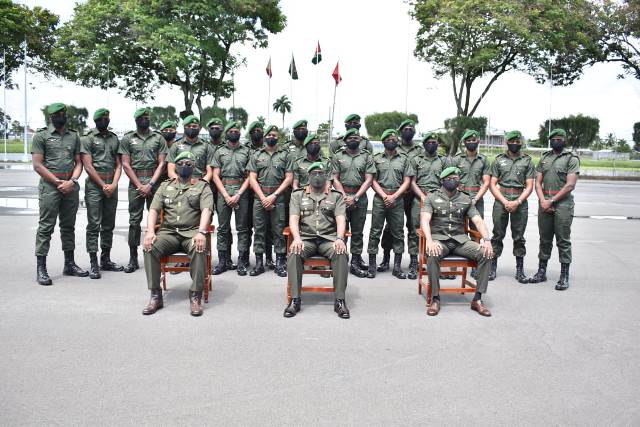 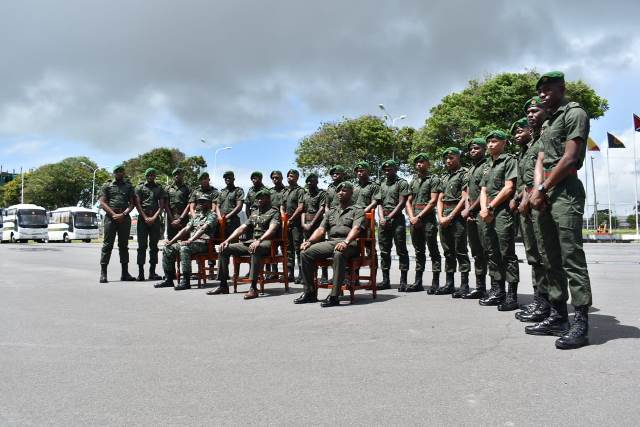 He noted that the certificates constitute the lawful licence to exercise authority as military officers.

The Commission President Granger underscored appoints a person to high office granting him/her the authority to exercise the functions of command and distinguishes the officer from the non-commissioned officer and the private soldier.

“The State Commission demands trust, loyalty and good conduct on the officer’s part. It requires the exercise of diligence, discipline and dedication in the discharge of his duties. It requires him to demonstrate obedience to his superiors, to demand compliance from his subordinates and extend cooperation with his compeers,” he stated.

The Standard Officers’ course, the Head of State noted, both trains and tests future military leaders. Cadets, he emphasised, must be educated continuously, noting that the GDF through its training programmes must produce men and women who embody the force’s core values.

He reminded the 25 Officers who completed their training at the Colonel Ulric Pilgrim Officer Cadet School’s that the aim was to develop character; instil discipline; initiative and self-confidence and inculcate the duties of citizenship, loyalty and patriotism.

The Officers were also urged to uphold the oath they have sworn to, and the Force’s five core values – duty, discipline, identity, integrity and loyalty.

“I challenge you to uphold the School’s motto – “I serve Guyana.” I require that your conduct must be in accordance with the School’s six maxims – Loyalty, Honesty, Worth, Courage, Discipline and Steadfastness,” President Granger stated.