Screams of delight emerged from the Anna Regina Community Centre Ground on Sunday night when 26-year-old Steven Ramphal was announced the winner for the Chutney Monarch Competition.

Ramphal walked away with $1M and two airfare tickets to any Caribbean Airline destinations after his song “Rang Ke Bhare Main Bhool Jao” – Forget about your colour and let’s live in love” won him the Chutney Monarchy.

His energetic, vibrant performance and message of unity and peace undoubtedly convinced the judges as he was awarded a total of 355 points. A very emotional Ramphal said he was ecstatic with his win. 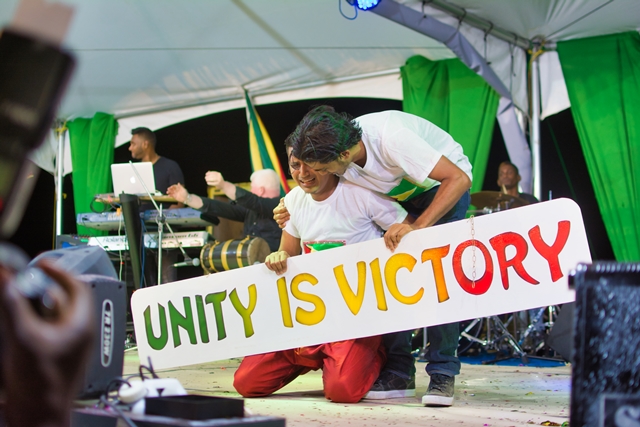 Ramphal gets emotional on stage. 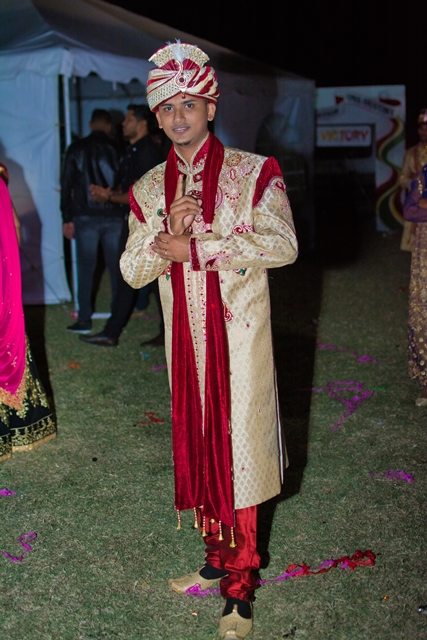 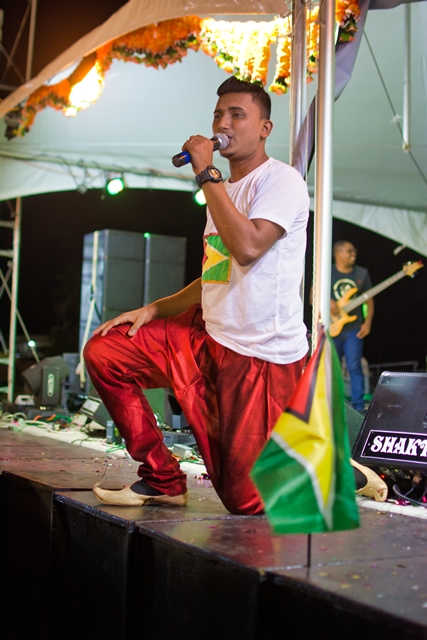 This year was a busy one for Ramphal as he also entered the Soca Monarch Competition for the first time with the song ‘Soca in Meh Veins’. Last Sunday saw the newcomer just missing the crown by a mere point. The runner-up also won the title of the best newcomer.

In an earlier interview with the Department of Public Information (DPI), Ramphal said, his song ‘Soca in Meh Veins’ is based on the energy and the love that the general public experiences during the Mashramani season while ‘Rang Ke Bhare’ [Forget about Your Colour] aims to tackle colourism in the country.

“Now that I am entering the Soca industry my song has positive energy not only to bring my country together, but I want to bring Caribbean countries together… While Rang Ke Bhare is tackling colourism in our community because at this point, we tend to see a lot of division and I tried to infuse that into my song tackling what I want our country to have harmony, love and peace,” Ramphal explained.

Through his appearance in both competitions, Ramphal brings a clear message to all Guyanese to unite as ‘One People, One Nation and One Destiny’.

Meanwhile, second place was awarded to Bunty Singh with his performance of ‘Polourie’. He won a cash prize of $600,000. Seasoned Chutney singer, Pooran Seeraj from Bath Settlement, West Coast Berbice came in third with his song ‘GT Larki’ and Arijit Singh earned the fourth position. He sang ‘Ring on the Lucknee’ which earned him 228 points.

The event was backed by the Shakit Strings band and supported by various dance troupes.