Meaningful engagement, collaboration and effective communication with the criminal justice service is absolutely vital in order to detect criminal activity, terrorism and the attempted misuse of the financial system. 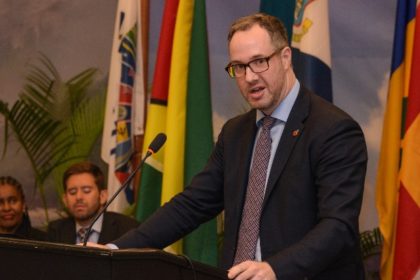 This year, the FATF, through the global network, is reaching out to the prosecutorial services and criminal justice systems of FATF members to draw attention to the intricate structures used for legal and illegal activities. The financial body is also seeking to highlight the growing nexus between organised crime and terrorism, to raise awareness with national authorities and the private sector.

“The FATF presidency recognises that the legitimacy of global AML/CFT efforts rests not only in effective prevention but in convictions, sanctions, freezing, confiscation and assets recovery for the benefits of both states and victims,” Lewis said.

Lewis called on the CFATF to maintain its participation in its joint endeavours with FATF and gave assurances that the FATF is committed to supporting and working with the regional organisation.

Meanwhile, Chairperson of the CFATF and Attorney General of Turks and Caicos, Rhondalee Braithwaite-Knowles pointed out, under her one-year tenure, the focus was on institutional building and governance strengthening of its membership. 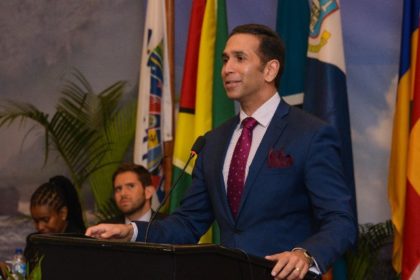 Faris Al-Rawi, Immediate Past Chairperson and Attorney General of Trinidad and Tobago.

Immediate past Chairperson of CFATF and Attorney General of Trinidad and Tobago, Faris Al-Rawi, noted that CFATF is in a better position now than it was three years ago. He called on the membership to remain committed to their obligations under CFATF.

“Collective advocacy is required in our grouping to educate, inform and sometimes push back against sharp practices,” AG Al-Rawi said as he warned that there are real consequences to inaction.