Talks to resume on resuscitating the pineapple industry

─ Mainstay/Whyaka Farmers agree to meet with AMCAR this month

Pineapple Farmers in the Mainstay/Whyaka Village are set to meet with the Amazon Caribbean Guyana Limited (AMCAR) to begin talks towards the revitalisation of the pineapple industry. 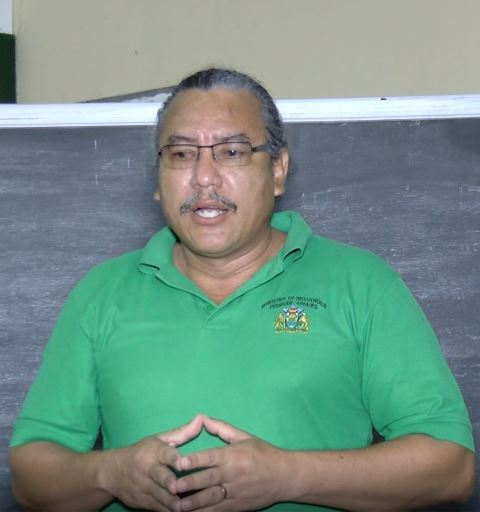 A pineapple farmer, who was in attendance at the meeting, raised the issue. The farmer pleaded with the officials present to consider giving them grants to help them to purchase the necessary supplies to be able to restart the industry.

Member of Parliament (MP), Mervyn Williams advised the farmers on a possible way forward. “The suggestion is that we re-engage the Amazon Caribbean Guyana Limited, the company that has the expertise to treat with the preservation and packaging of pineapples… They are willing to meet with the village leaders to discuss the possibilities of resuscitation.”

MP Williams further explained that this was intended since the tenure of the previous Toshao. It did not receive a favourable response at that time, leading to a cessation of talks between the company and the village leaders.

With the calls from the farmers present for a rebirth of the industry, MP Williams told the villagers: “I believe, if we get women’s groups and youth groups within the village and expand, or open new lands for the cultivation while we talk with the company, I believe that this can be resuscitated within a very short period of time – and the opportunity also avails itself for nearby villages to benefit.”

With this in mind, a proposal was made by the MP for the village leaders to once again meet with the AMCAR team and work towards negotiating terms for the resuscitation of the industry. It was proposed by Minister of Social Cohesion, Dr. George Norton that the meeting be held before the end of June, to which the Toshao and farmers agreed.

In 2014, AMCAR had announced that it would no longer process pineapples for export to its European market as its contract with the Mainstay/Whyaka farmers had come to an end following some disagreements between the suppliers and company.