TB treatment, monitoring to be resuscitated in Region Three

The National Tuberculosis (TB) Programme’s in-patient facility at the West Demerara Regional Hospital is expected to be refurbished to cater for patients who need special medical attention.

The ‘step down’ care facility is to be fully operational by the end of 2016. Funds have been allocated in this year’s budget to build capacity at the facility in Region Three. This region is reported to have the second highest TB infection rate in Guyana. 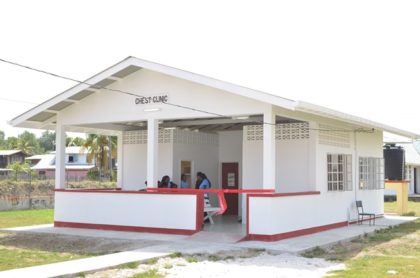 National TB Programme Manager, Dr. Jeteendra Mohanlall, in a recent interview with the Government Information Agency (GINA) noted that in spite of challenges faced in the region, strides are being made to provide what is needed to treat the illness.

Dr. Mohanlall said, “The step down care… we are hoping to operationalise that very soon. We still have some challenges with having staff there, we had to transfer some nurses from the chest clinic who are willing to work there. Sometimes you have difficulties even in Region Three. We had a sanatorium there before but the staff, they are not that willing to work with TB patients.”

Dr. Mohanlall added that, “Two of my doctors here will be going to Peru on a training for MDR TB management (multi -drug resistance TB management) and one will actually head that facility over in Region Three.”

The operation of the step down care facility in the region will cater for patients facing challenges during the course of their treatment. The Programme Manager explained that, “We actually saw the need for an in-patient facility because a lot of these patients, they need a lot of nutritional support, psycho-social support, especially patients who are Multi- Drug Resistant and can take as long as 18 months to two years to be treated and for them to be cured and that can be very, very, you know difficult for them.”

The facility will be further upgraded with the necessary equipment to attend to patients who have contracted TB and require isolation until they are non-infectious.

Step down care for most Direct Observed Treatment Short course (DOTS) patients requires them to “step-down” from therapy consisting of four drugs to two drugs after 60 days, if they smear-negative for TB.

Meanwhile, the department has been working towards reaching out to patients at the chest clinic in the region and also having mobile teams visit and issue DOTS in an effort to reduce the high number of TB cases in the country.