The tools were handed to Toshaos Nicolas Fredericks and Walter Henrico by Minister of Indigenous Peoples’ Affairs, Sydney Allicock during a recent ministerial outreach in the North and South Rupununi.

Minister Allicock, who was accompanied by Minister of Social Cohesion, Dr. George Norton and top region nine officials, explained that the equipment will serve to encourage a return to farming in those areas.

The majority of residents in these two communities depend on small-scale farming for their livelihood; however, due to the recent floods many lost their crops and most of the farming areas were destroyed.

“We know that some of you lost your crops as a result of the recent floods. So, this is a form of encouragement for you to get back into farming and I hope this will bring so relief.”

Minister Allicock urged the residents to care the tools and make the best use of them.

Toshao Nicholas thanked the ministry for the initiative and promised to ensure that the residents make full use of it. 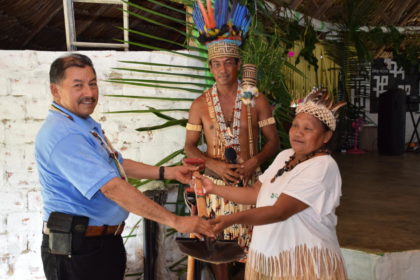 A resident of Shulinab receiving the equipment from Minister of Indigenous Peoples’ Affairs, Sydney Allicock in the presence of Toshao Nicholas Fredericks 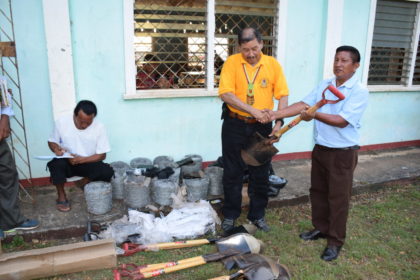 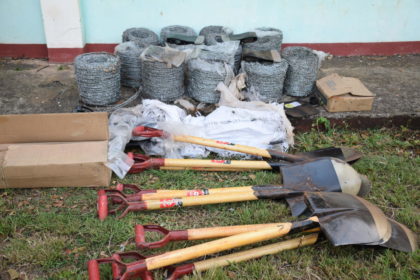 Some of the equipment handed over to the residents of Shulinab and Nappi, Region Nine equipment