Traffic Chief Superintendent Dion Moore is calling on citizens to be cognizant of private cars operating as taxis for their own safety. During an interview with the Department of Public/ Government Information Agency (DPI/GINA) he said that Guyana Police Force Traffic Department has charged 369 persons thus far who used their cars for a purpose other than they are licensed for. 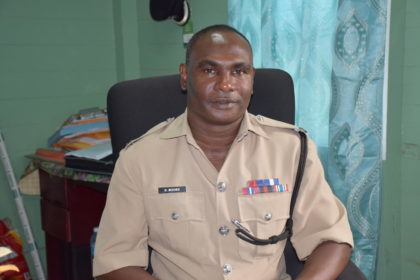 Moore explained that many times when someone calls for a taxi it is only upon arrival of the car that they realise that they are being picked up by a private car. “As long as you the member of the public request a taxi and you recognise that it is a private car, you should refuse from entering that car because you are not covered by the insurance and it is a breach” the Traffic Chief stated.

“We cannot have owners of taxi services to only have private cars registered, they can have private cars but the use of those cars is what contributes to the offence… you cannot be licensed to operate private and want to carry passengers in your private car, it is an offense and once we recognise that is what you are using it for then we will charge you, once you are caught” Moore explained.

The Traffic Chief reiterates his call on owners of private cars not to use their vehicle for a purpose other than what it is licensed. He also asks that members of the public desist from utilising such cars as their safety could be at serious risk.