Tullow Oil will soon spud its second wildcat at the 1800 km2 Orinduik Block offshore Guyana with results expected in mid-September.
According to a report from the local oil and gas news site ‘OilNOW’, junior partner on the block, Eco (Atlantic) Oil and Gas said that the Stena Forth drillship is currently moving to the Joe-1 location.

The Stena Forth was the drillship which made the first discovery at the Jethro-Lobe prospect earlier this month.
The Joe-1 location is a shallower target and is located in a depth of 650 meters. It is expected to be drilled by the end of August 2019. 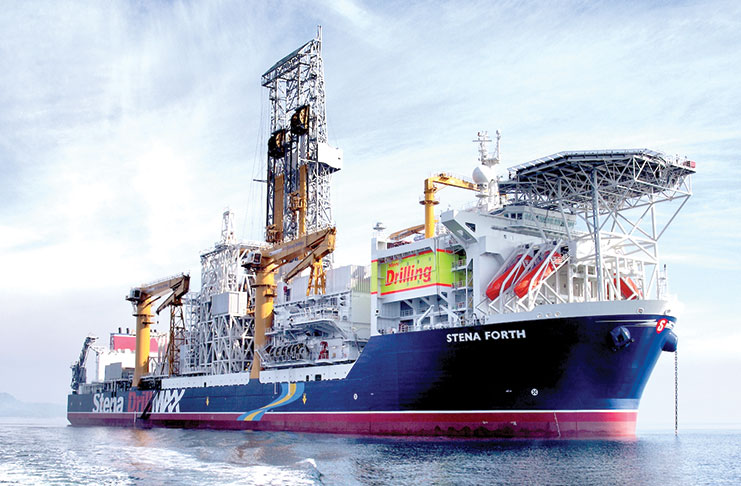 The Stena Forth drillship

In the company’s Q2 earnings report, President and Chief Executive Officer (CEO), Gil Holzman stated:
“The drillship is on its way to our next target in Guyana, Joe-1, where we will, together with our partners Total and Tullow Oil (operator), commence the spudding of our second well in the coming days and expect to have resulted in the second half of September.”

On August 12, 2019, it was announced that Tullow Guyana B.V struck liquid gold at the Jethro-1.  The exploration well, which was drilled in the Orinduik Block, discovered oil in commercial quantities. The well encountered a 55m of net oil pay which supports a recoverable oil resource estimate that exceeds Tullow’s pre-drill forecast. It is the first discovery on the Orinduik Block and comprises high-quality oil-bearing sandstone reservoirs of Lower Tertiary age.

Tullow Guyana B.V. is the operator of the Orinduik Block with a 60% stake. Total E&P Guyana B.V. holds 25% with the remaining 15% being held by Eco (Atlantic) Guyana Incorporated.

This information was first published on OilNOW.