Rhiley Andries and Sean Moses are currently attending Wowetta Primary School and are also members of student government council. They were selected to be the recipients of one bicycle each to ease the burden of getting to school daily. 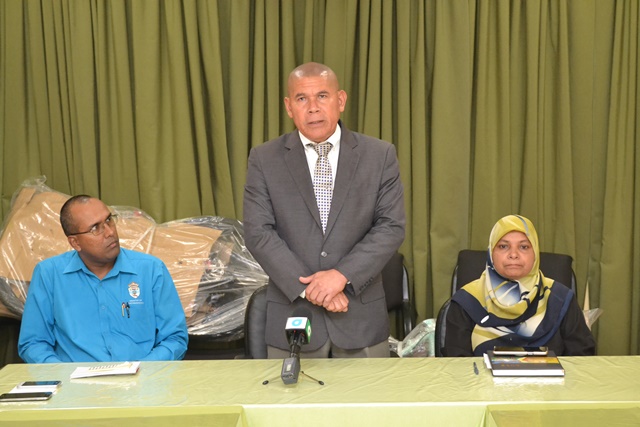 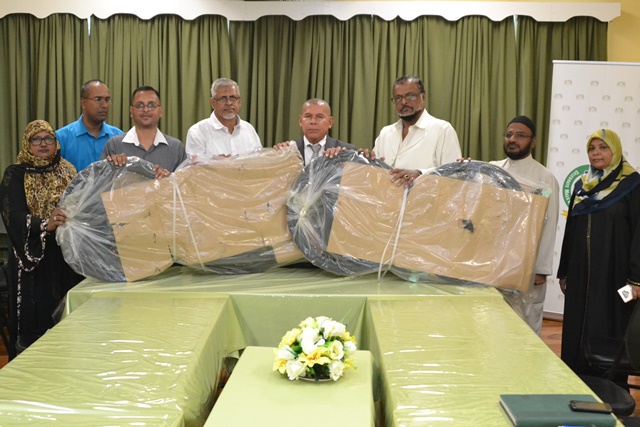 [In the photo, from left to right] Minister of Social Cohesion, Dr. George Norton receiving the bicycles from Chairman of the Muslim Core Group, Roshan Khan along with staff.

A handing over ceremony for the bicycles was held at the Ministry of Social Cohesion’s board, today.

It is intended that the bicycles will be used by the boys as a means of getting to school as opposed to walking four hours daily, to pursue an education.

Minister of Social Cohesion, Dr. George Norton said this simple, yet life-changing act is one that highlights appreciation by the Muslim community of the challenges faced by hinterland students and the ministry’s commitment to providing equal opportunities to all.

“Not only are we bridging the gap physically in the sense for these two boys to go school, but I think mentally and spiritually as pointed out by our mission statement, especially those living in a different geological location, culture, ethnic and economic background,” he said.

The minister noted that the core group’s donation is a demonstration of tolerance for humanity and what they plan to do in the future for those in need. It also helps to strengthen their partnership moving forward.

Chairman of the Muslim Core Group, Roshan Khan said that this donation will, “make their lives simple and better in order to educate themselves to assist their families and their society as well as it is the hope of the group to continue in such a manner, helping others as it grows.”