Office of the Prime Minister, Georgetown, Friday, March 3, 2017- Ms Colleen Wainwright, the Barbados-based Head of Office of Department for International Development (DFID) this morning briefed Prime Minister Moses Nagamootoo about projects being financed and supported in Guyana by this key British agency.

The DFID Executive has also held talks with Ministers of Finance, Public Infrastructure and Public Health.

The Prime Minister, who is performing the functions of the President, now in the Bahamas on a State Visit, was briefed on DFID’s footprint in Guyana, including access by Guyana to a £ 300 Million UK Caribbean Infrastructure Partnership Fund (UKCIF) for 2016-2020.

Under the Fund proposals by Guyana are being considered for transport linkages between the coast and the hinterland, rehabilitation of water transport infrastructure and sea defences. It was revealed that the modernisation of the Stabroek Market and Vreed-en-Hoop Wharf facilities is on the front burner.

Current projects being undertaken are a Catch and Release Sport Fishing Cluster in the Rupununi at Surama, Rewa and Karanambu. It is intended that Guyana’s Arapaima stock would be preserved at these ‘eco-lodges’.

The Prime Minister welcomed the DFID and assured Guyana’s continued cooperation for economic and social development through partnership. 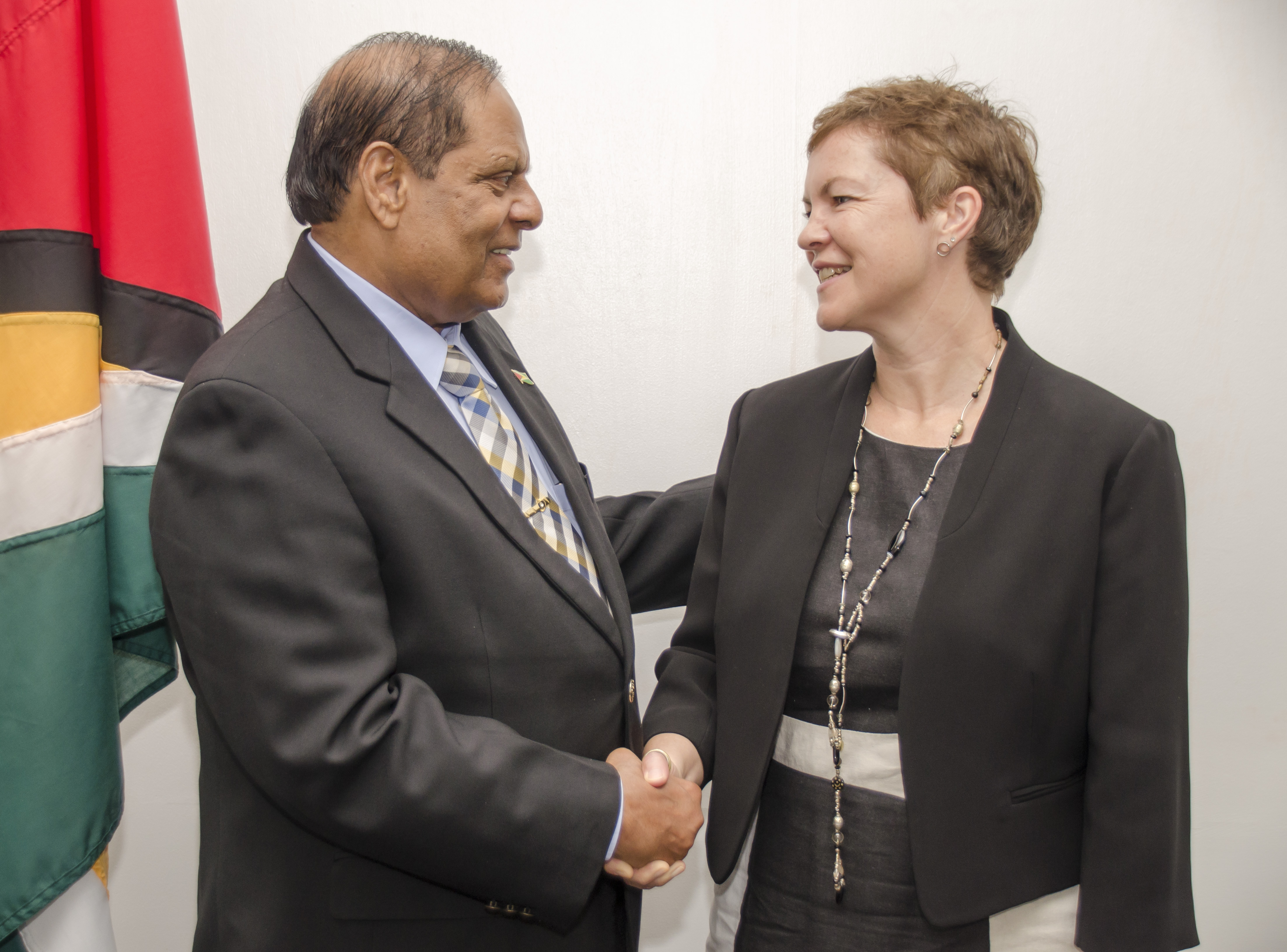