The commissioner gave weight to what it means for those ranks who were selected to undergo the various courses; letting them know that it is a testament to the administration noticing their work, and placing faith in them to continue to carry out their duties with a sense of pride and professionalism. 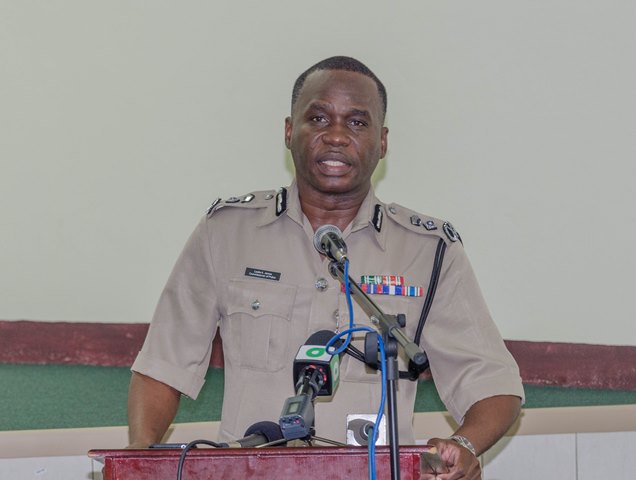 A section of the officers enrolled in the courses.

The Top Cop also spoke directly to traffic ranks present, highlighting that every time he has heard of bribery towards traffic ranks, it was always at the behest of an offer, and as such, not only are the ranks culpable but those civilians that seek to bribe the officers as well.

“Let me advise you, civilians, we’ll be coming after you, those of you who are offering … It is simple, do not commit offences, if you do not have a tint permit you just cannot carry a tint on your vehicle.”

On the sidelines of the ceremony, Commissioner James was questioned whether the police force is instructed politically to conduct investigations.

The commissioner was responding to allegations of political instruction to investigate Peter Ramsaroop in the Charandass Persaud Probe.