─ recommit to making Caribbean “a zone of peace”

Forty-three years after their tragic death, memories of the victims of the Air Cubana tragedy still linger.

In memory of the 73 victims, a simple service was held at the Air Cubana Monument Site, on Sunday, on the University of Guyana’s Turkeyen campus. In attendance were several ministers of the government, Ambassador of the Republic of Cuba to Guyana, His Excellency, Ricardo Lamas Camejo, and members of the diplomatic corps. 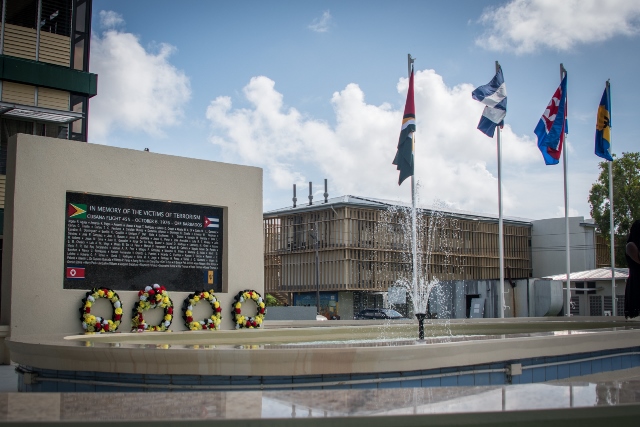 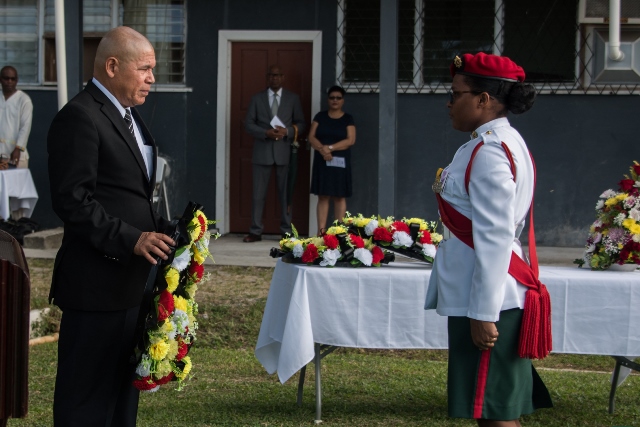 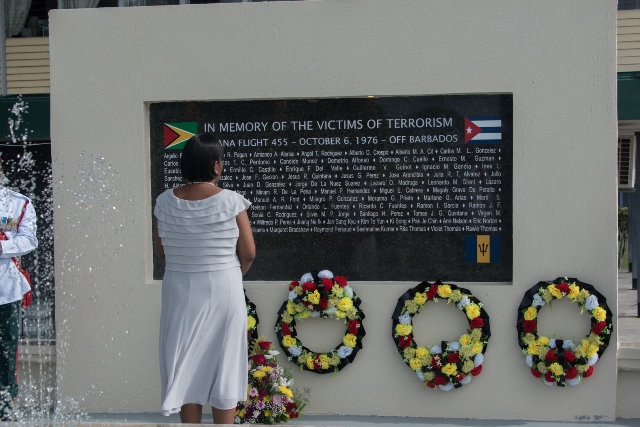 “His Excellency, President David Granger said this is not a disaster. A disaster is a natural catastrophe. This act was a deliberate, premeditated crime, causing great suffering, distress and destruction and must be described as a tragedy.”

On Wednesday, October 6, 1976, Cubana Airways Flight CU-455 was scheduled to fly the following route: Guyana to Trinidad, Trinidad to Barbados, Barbados to Jamaica, and finally Kingston to Havana, Cuba.

However, nine minutes after it took off from Barbados, two bombs exploded in the plane, causing it to crash into the Atlantic Ocean.

Among the 73 victims were 57 Cubans, five Koreans and 11 Guyanese. Of the 11 Guyanese, six were students on their way to study medicine and engineering.

According to Dr. Norton, the 1976 incident was the first time Guyana, the region and Cuba, had experienced such a tragedy especially since Guyana, Barbados, Jamaica and Trinidad had established diplomatic relations with the Spanish-speaking nation Cuba four years prior.

Simultaneously with the attack on Air Cubana, the office of the Trinidad airlines was also bombed, and a mysterious fire in Guyana destroyed a large quantity of fishing equipment supplied by Cuba.

Before, those incidents, the Guyana Consulate in Trinidad and Tobago was bombed.

“Clearly, someone wanted to send a message. These horrendous acts were later claimed by El Conda – an anti-Castro exiled group which waged wars against Caribbean countries that maintained strong ties with Cuba,” Minister Norton told the gathering.

Guyana and Cuba, he noted, remain partners in several areas, including trade, health agriculture and education despite that tragedy.

“Today, Guyana reassures the world of its commitment to making the Caribbean, a zone of peace,” Minister Norton said.