“We will work with you” – Pres. Granger tells N/A residents

His Excellency, President David Granger joined the residents of New Amsterdam, Berbice as the town marked its 128th anniversary. The Head of State was warmly welcomed into the town by a joint services parade before making his way to the stage where the huge crowd erupted in applause. 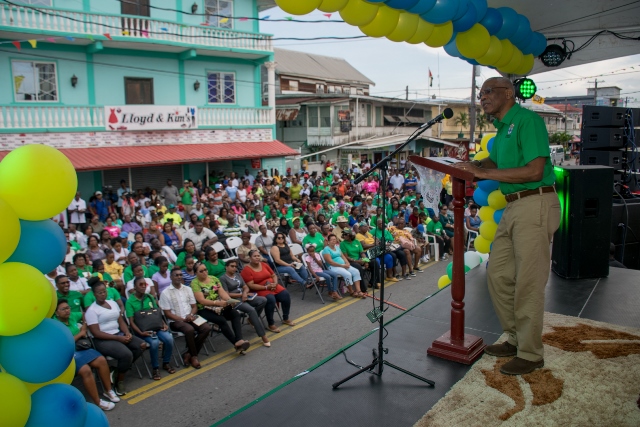 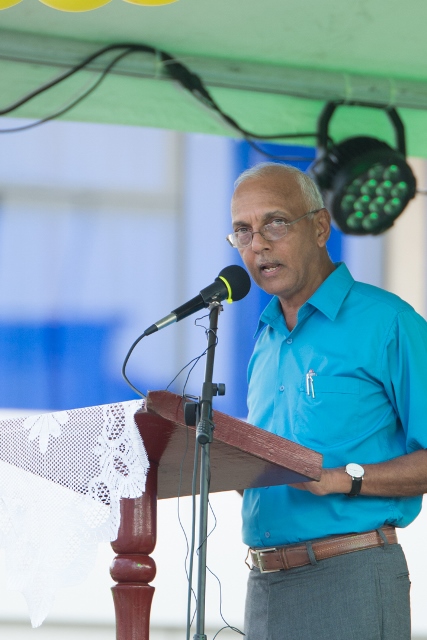 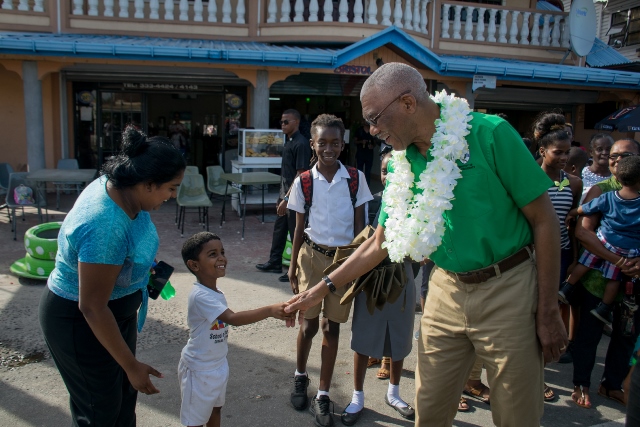 His Excellency, President David Granger greets a little boy who came out to meet him accompanied by his mother. 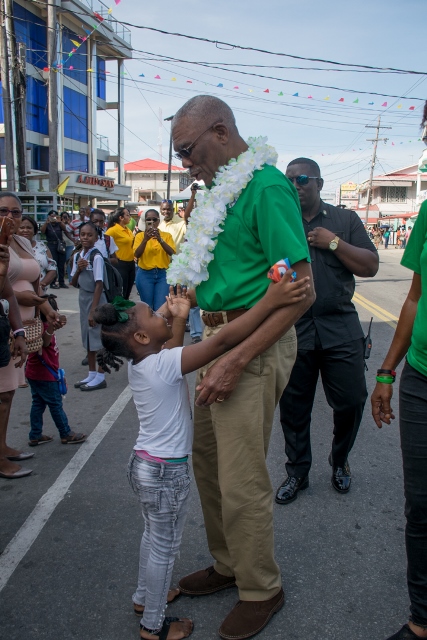 A little resident is eager to greet His Excellency, President David Granger. 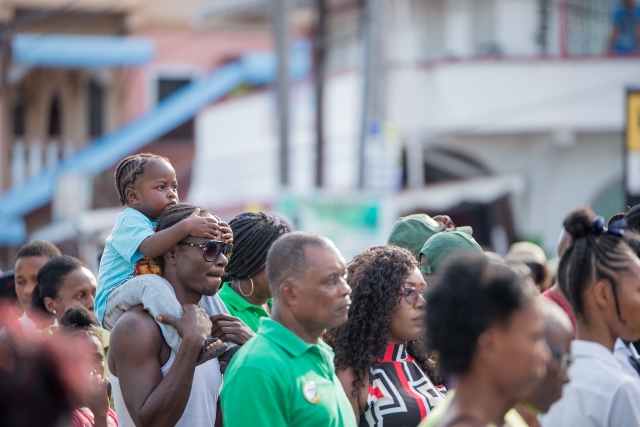 Residents of all ages in New Amsterdam listening to the address by His Excellency, President David Granger.

During his address to the residents of one of Guyana’s oldest town, President Granger highlighted the township’s developmental potential and hinted that “great things are going to happen” in New Amsterdam. He spoke of a five-point plan for urban revival which will see the town offering premium education from nursery to tertiary; becoming the Region 6’s commercial capital; moving to implement green initiatives, transformed infrastructure and increased public services.

The Head of State assured the residents of the government’s commitment to continuously collaborate to make that these transformative changes a reality. “Change has come and we will work with you to make this town the engine of growth… we will make this town a beautiful business-like picturesque place,” he pledged.

The president also noted that the celebration, which runs for a week, is also an opportune time to honour those who have been instrumental in its development.

“This is the capital of a great region… it is the cradle of great Guyanese sons and daughters,” he stated.

Minister of Communities, Hon. Ronald Bulkan echoed the president’s sentiments and urged the residents to reflect on the transformation of the township.

“As we celebrate let us continue on this course of empowerment and protect the gains we have made,” the Communities Minister urged.

The celebration in New Amsterdam is being held under the theme ‘Diversification is the focus, inclusion is the goal, celebration through transformation in 2019′.  The next two weeks are packed with activities to commemorate the township’s anniversary.