—under its Strategic Preparedness and Response Plan

Director-General, of the World Health Organisation (WHO) Dr. Tedros Adhanom Ghebreyesus, today announced that as of April 01, US$677 Million has been pledged or received for the Strategic Preparedness and Response Plan to tackle the Novel Coronavirus (COVID-19).

Two months ago, the WHO announced the first Strategic Preparedness and Response Plan, with an initial amount of $675 Million for the first three months of the response. 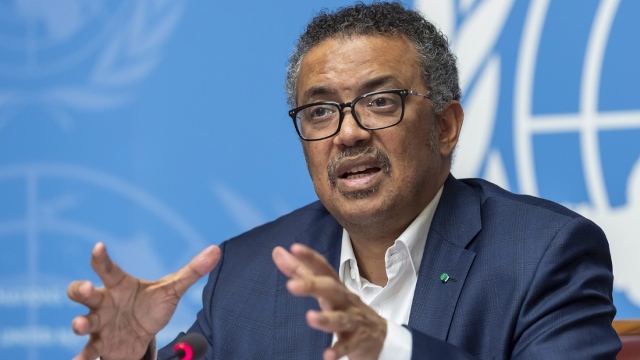 Of that amount, the Director-General said $300 Million has been pledged or received for WHO’s operations, and the remainder has been given to partners or bilaterally.

During his opening remarks at the Mission’s briefing on COVID-19, he noted that it was inspiring to hear from China, Japan, the Republic of Korea and Singapore about their experience and the lessons they have learnt.

Dr. Ghebreyesus noted that he expects to hear of more experiences from other countries.  “We are learning as we go, reviewing the evidence and adapting our recommendations as necessary,” he said.

In the next two days, it is expected that there will be one million confirmed cases of COVID-19 globally, and 50,000 deaths.

“This virus, which was unknown to us three months ago, has exposed the weaknesses and inequities in our health systems and societies, our lack of preparedness, and the gaps in our supply chains and other essential systems,” Dr. Ghebreyesus pointed out.

The WHO recently published guidance on maintaining essential health services while responding to COVID-19.  This is one of more than 40 pieces of detailed, evidence-based documents to guide countries in the response.

The Director-General reported that WHO’s research and development efforts are moving quickly.

The Solidarity trial, which is assessing potential treatments for COVID-19, has already brought in 74 countries, which have either joined the trial or are in the process of joining.  More than 200 patients have been randomly assigned to one of the study arms.

Dr. Ghebreyesus thanked all member states and partners for their generosity and solidarity, noting that WHO and partners will require much more support over the coming weeks and months.

The WHO Director-General reiterated his call for governments to provide a social safety net so that vulnerable people have food and other essentials during this crisis.