Construction of the supporting infrastructure for the Indian Immigration Monument in Palmyra Village, Corentyne, Region Six has commenced and is progressing well.

The project has been divided into eight lots. These include the construction of the monument’s base and podium, as well as peripheral components including the walkway, landscaping details, internal drainage, roadway, lighting, visitor’s gallery, a security hut and fencing. 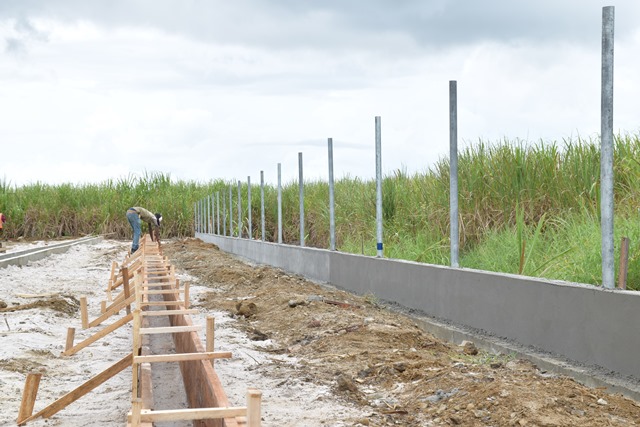 Work on the fence and drainage. 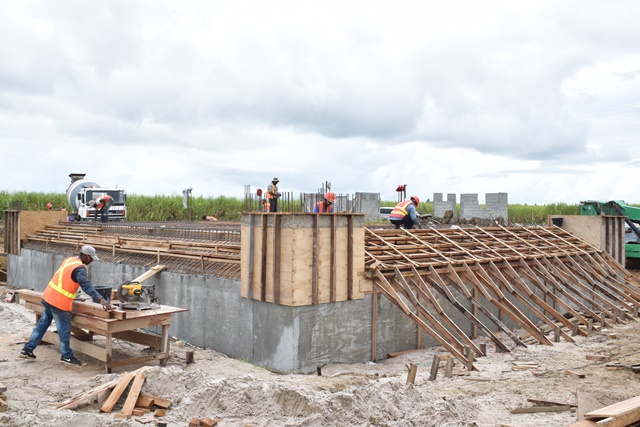 Ongoing works on the Indian Immigration Monument at Palmyra. 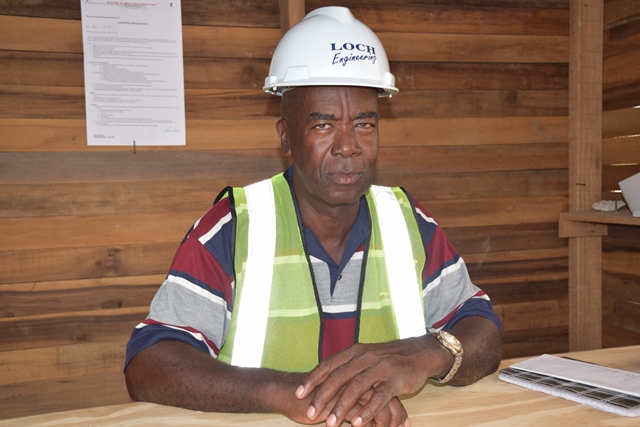 Clerk of Works at the Ministry of Public Infrastructure, Elroy Haynes told the Department of Public Information (DPI) that Lot One is 65 percent complete and Lots Two and Three are both 45 percent complete. Haynes added that work on Lot Four has recently begun while the remaining Lots are yet to come onstream.

“We have the foundation in; we’ve completed the first-floor slab and have begun the second floor which is the floor that will actually bear the monument. We should finish that by the end of the month. Those works are part of Lot One. Lot Two entails the perimeter drains around the site the sand filling which is currently ongoing and the walkway. We completed the eastern and southern sections of the drain and should finish the northern and western sections in the next two weeks,” Haynes explained.

Lot Three involves the fencing of the monument’s site. To date, the eastern, and southern sections are about 70 percent complete while construction of the northern and western sections will begin soon.

The Indian Immigration Monument will be sculpted in bronze and represents regular persons of East Indian heritage in routine aspects of everyday life. It is funded by the Government of India and is expected to be completed in early November.

The monument was gifted to Guyana by the Indian Government as a symbol of cultural and historical celebration.