The Region 7 community of Bartica today received a newly commissioned water ambulance. The emergency water transport was handed over to the town by Minister of Public Health, Volda Lawrence. It was built by local contractor, Sunrise Marine Incorporated.

The approximately $11M water ambulance is equipped with all that is needed for the vehicle for its use in the effective delivery of health care services in the riverine region. 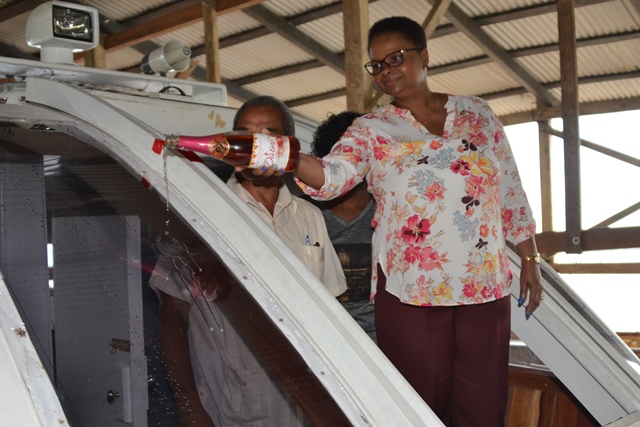 Minister Lawrence ceremoniously pours a drink to commission the vessel. 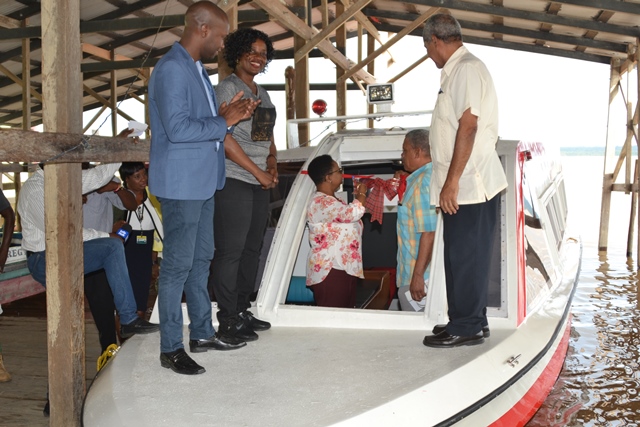 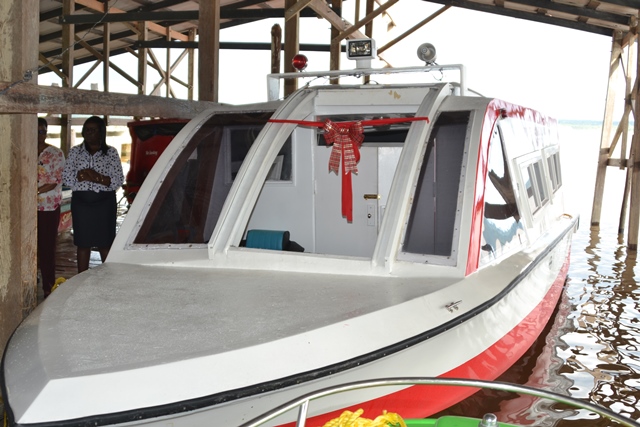 The $11M Water Ambulance which has been commissioned for Bartica.

This ambulance will mainly transport emergency cases and referrals from Bartica to Parika after which the patient is transported from Parika to the Georgetown Public Hospital.

Also, training for river ambulance operators have started and continues to ensure they effectively deliver the requisite services.

According to Regional Chairman, Gordon Bradford, the need for the water ambulance was cited since 2006, however, priority was never given to the means of transport by the previous administration.

“We have been back and forth with this particular project and it started since 2006 since then we visualized that we needed a river ambulance… This ambulance will effectively evacuate persons not only from Bartica but those nearby riverine communities.”

During a brief commissioning ceremony, Minister Lawrence delightfully noted that it was Bartica and by extension the region which made the step for the acquisition of the water ambulance.

She added that it will not only aid in referrals from Region 7 but also Regions 2, 10 and islands in Region 3. More importantly, Minister Lawrence highlighted that the regional hospital is staffed with specialists and geared with services that cater to cases requiring emergency intervention. These include high-risk maternity cases, accidents and emergency cases among others. The water ambulance will simply aid in transporting those patients in need of a higher level of care.

“While this achievement is a tremendous step for the people and the health sector in region 7… The regional hospital right here in Bartica has all the equipment, all the specialized staff and all the support staff that is able to provide medical services, at all levels, for all the people of Bartica and the adjoining communities.”

Deputy Regional Executive Officer, Holbert Knights said that after long periods of consideration, “we finally have been able to get the right boat with the right equipment.” Regional Chairman Bradford agreed that the commissioning of the water ambulance is a dream come through.

It was also noted that the operation of the water ambulance will eliminate the need for the region to contract and rent boats as was the norm for many years. With Gratitude, Mayor of Bartica Gifford Marshall said, “The people of Bartica now have another reason to celebrate.”

He explained that over the last three years, the region’s health sector has undergone tremendous improvement and Bartica has benefitted significantly.