Government and the opposition met for the second consecutive day to discuss the nominations of Chairman of the Guyana Elections Commission (GECOM). Director-General of the Ministry of the Presidency, Joseph Harmon said that this latest meeting saw from, “the eleven names, four shortlisted. Two are still under active consideration, and five have been rejected with reasons given.” The names of those rejected from the list were not shared so as not to compromise their integrity due to their positions in society.

Another “hammering out meeting” will be held, at 16:00hrs on Thursday, at Castellani House, Georgetown. In the meantime, the Director-General is optimistic that the eight nominees submitted by President David Granger will result in the opposition offering a view or opinion. “They have indicated that the leader of the opposition might bring some additional names.” He restated the intention to conclude the discussion before the end of the week. 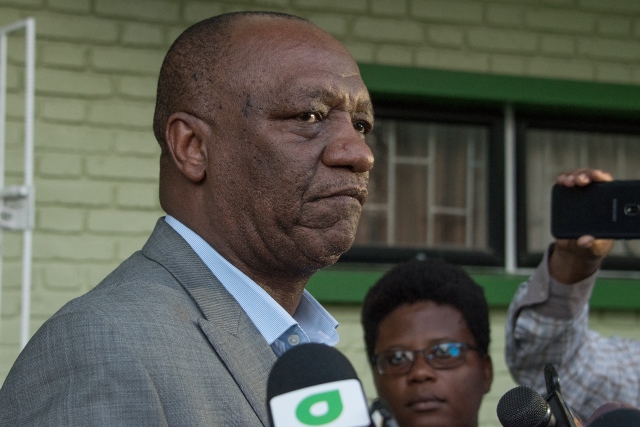 Director-General of the Ministry of the Presidency, Joseph Harmon speaking to members of the media following the conclusion of day 2 of the meeting between the government and the opposition. 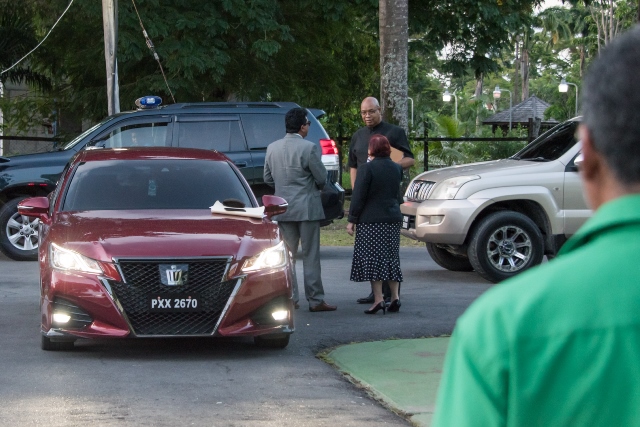 [In the photo, backing the camera] Opposition Members of Parliament, Anil Nandlall, Gail Teixeira and Juan Edgehill representing the leader of the opposition at the meeting.

The meetings follow last Thursday’s (July 4) meeting between President Granger and Opposition Leader, Bharrat Jagdeo at the Ministry of the Presidency where they discussed the selection of the GECOM chairman.

The two teams are meeting to ‘hammer out’ the names of persons that will comprise the list of six which the leader of the opposition will then present to President Granger, who will choose one person to be named as GECOM’s chair.

This afternoon in an address to the nation, the Head of State reiterated his commitment to holding of elections at the earliest possible time. He noted while adhering to the ruling of the Caribbean Court of Justice the government working along with the opposition to select six possible nominees for the position of Chairman of the Guyana Elections Commission.

President Granger said a date for elections will be announced when a Chairman has been selected, sworn in and has advised him on the Commission’s preparedness to hold the election.