The Credentials were handed over on Wednesday in the presence of Minister of Foreign Affairs, Hon. Dr. Karen Cummings and Director-General of the ministry, Audrey Jardine-Waddell. 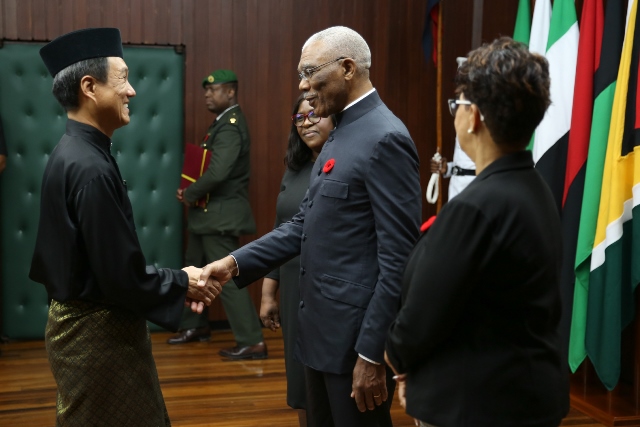 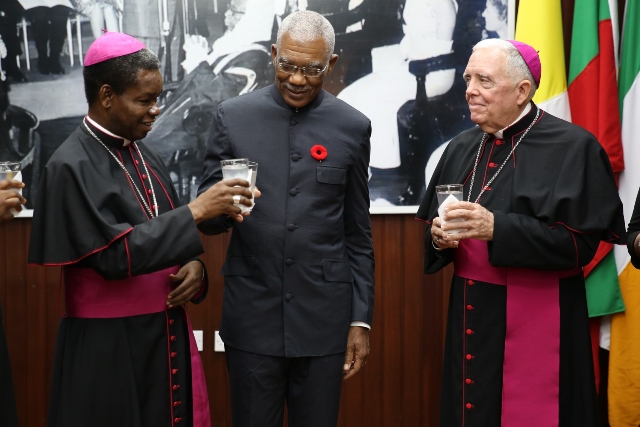 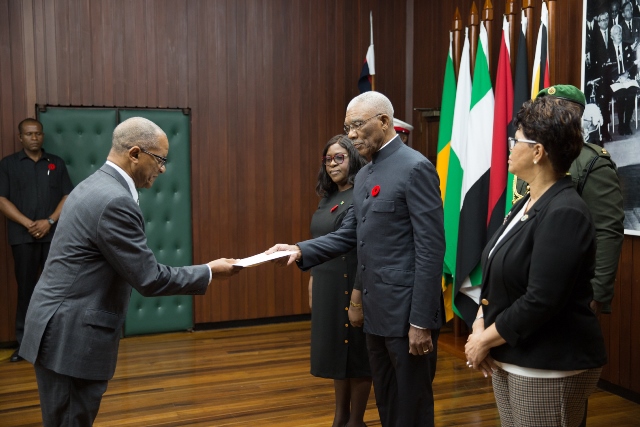 The Head of State assured that his government will continue to strengthen and enhance relations for the mutual benefit and prosperity of the citizens, and assured the ambassadors of the full support of the administration and the Ministry of Foreign Affairs in the discharge of their duties and fulfilling their mandate.

Guyana and Jamaica established formal diplomatic relations on May 26, 1966 on Guyana’s independence. Since then, the countries have collaborated bilaterally and multilaterally through regional and international organisations, such as the Caribbean Community (CARICOM), the Association of Caribbean States (ACS), the Organisation of American States (OAS), the Community of Latin America and Caribbean States (CELAC) and the African, Caribbean and Pacific Group of States (ACP).

The president noted that the accreditation of a new ambassador will act as a catalyst to renew efforts of collaborations, especially in the areas of food security, trade, investment and public security. The president would have held positive discussions with Prime Minister Andrew Holness on these and other areas.

“Guyana and Jamaica remain strongly committed to the bilateral agreement and economic, technical and cultural corporation and the reactivation of the Guyana-Jamaica joint commission,” he noted.

The Head of State added that the two countries face similar challenges in addressing the adverse effects of climate change and both, he said, are moving towards the establishment of ‘green states.’

Guyana established diplomatic ties with the Holy See on June 9, 1997, and often collaborate at the level of the United Nations. In the past, they have worked with the (UN) Third Committee in areas of human rights and humanitarian affairs. They also share common interests on issues such as the resolution of disputes through the promotion of dialogue and negotiation, and the preservation of international peace.

Ambassador Nwachukwu said the Holy See intends to work in partnership with the government to implement developmental projects to improve the living standards for the less fortunate and also promote human rights.

Guyana and Malaysia established formal diplomatic relations on April 26, 1976. The two nations have collaborated at the multilateral level through international organisations such as the United Nations, the Commonwealth, the Non-Aligned Movement (NAM), and the G-77 and China.

Ambassador Datuk Lim Juay Jin noted that the Government of Malaysia cherishes the friendship between the two nations and stands ready to provide support to Guyana’s sustainable development progress.