Archery, kayaking for hinterland schools in 2019

The sport of archery and kayaking are expected to be formally introduced into hinterland schools come 2019. These include schools in Regions One, Seven, Eight, Nine and sections of Region Ten.

This was disclosed by the Director of Sport, Christopher Jones, during an interview with the Department of Public Information (DPI). Jones said that the emergence of these sport is catered for in the 2019 National Budget proposals by the National Sports Commission. 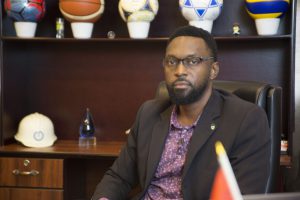 In March of this year, Archery Guyana held a historic Level 1 Archery Coaching Course with participants from across the country. According to Jones, that was just the first step. Now, the NSC is seeking to make a conscious effort and take it directly to those in the hinterland regions.

“In some of the outlying regions they use the arrow and bow to hunt for food so it is just a matter of teaching them the technique and that is why we are so confident that in those outlying regions, we can find archers that can very soon represent Guyana regionally and internationally” Jones stated.

As it relates to kayaking, the Sport Director announced earlier this year his intention to host a kayaking workshop similar to that of the archery coaching course. He noted that once the proposals in the budget are approved, equipment for the sport will be purchased to begin the process.

Jones stated that “not excluding other regions but focusing on the regions that have the riverine communities such as Regions One, Seven, Eight and parts of Nine and even Region Ten, we want to introduce kayaking to those regions first and of course spread that sport around.”

Additionally, in April 2018, a group of women from the United Kingdom (UK) and Ireland completed the first kayaking expedition along the entire Essequibo River. The three-woman team was accompanied by local Indigenous tour guides and a Toshao from the Wai-Wai nation. The expedition entailed visits to the Indigenous communities of Konashen, Fairview, Apoteri, and Iwokrama.

The move to formally introduce the sport of archery and kayaking in the hinterland region forms part of the government’s efforts to have sport in Guyana developed countrywide; moving away from it being centred mainly on the coastland.