Bigger salary increases than 2019 planned for 2020

Buoyed by surging economy and an expected Gross Domestic Product (GDP) of 4.5%by the end of 2019, Minister of Finance, Hon. Winston Jordan confidently predicts that public servants can expect even more in 2020.

Interviewed on the National Communication’s Network’s programme ‘INSIGHT’ on Voice of Guyana (VOG), the minister said that the Coalition Government will, “work with the unions on a total package so you will know between 2020 and 2025 where your salaries will be.”

Recalling his entry into the public service in 1974, Minister Jordan recalled that public servants were professionally appraised and received an increment.

The minister explained that generally, public servants are not paid bonuses; instead, this was more a tradition in the private sector and the banking sector.

According to Minister Jordan what “every public servant should hanker for, is a proper and decent wage because when they retire, their pension is based on their salary, not on bonus… people to make sure they don’t give up the fight to ensure that they get a decent salary.”

Minister Jordan is optimistic that in the future, more persons will again see the public service as a viable career choice, “and their pensions could be something of value that could see them through their later years.” 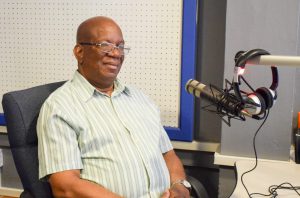 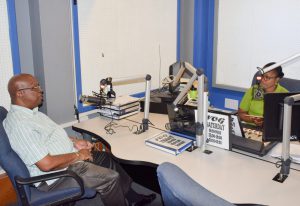 Minister Jordan cautioned persons not to be distracted by some who are promising the sky and the moon.

“Step back a bit. These persons had 23 years, what did they do for me? Am I better today than in those 23 years? Secondly, this economy has been growing, did I benefit? Did I benefit? Yes! Will I continue to benefit? Yes!”

Minister Jordan also reminded radio listeners about the previous classification of Guyana being a criminalised state under the PPP. He referenced the example of remnants of multistoried buildings. He noted that many of these are disused or “nothing much going on or you have four or five-story buildings where something looks like it’s going on”.

He further reminded of a leading female opposition member who stated that she would not knowingly purchase items from suspected drug dealers and added that, “we [government] moved rapidly to sanitise this economy.”

The Finance Minister is confident that with the government’s re-election. He assured that all would continue to see the benefits of an economy properly managed, even more so, with the advent of ‘first oil’.