Billions of dollars in promises delivered to La Parfaite Harmonie

The Coalition Government has yet again honoured its promises, delivering billions of dollars in services to the community of La Parfaite Harmonie, on the West Bank of Demerara (WBD). This delivery to was made in less than three weeks after meeting with residents of the community.

From the installation of hundreds of streetlights and major road upgrades, to the provision of core homes and home improvement subsidies, to the soon-establishment of a night school for high school dropouts, the residents’ pleas to the government were well received and addressed. 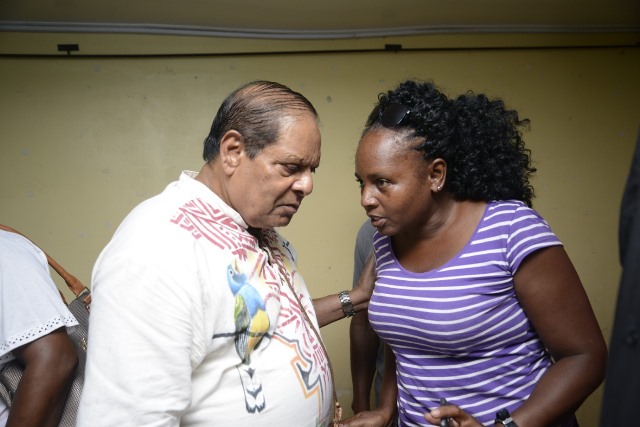 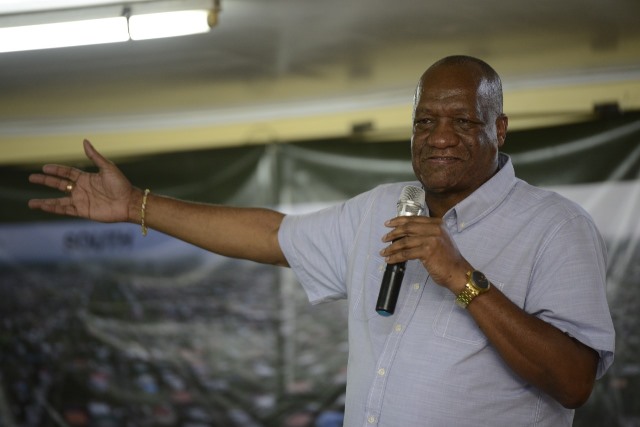 Director-General of the Ministry of the Presidency, Joseph Harmon. 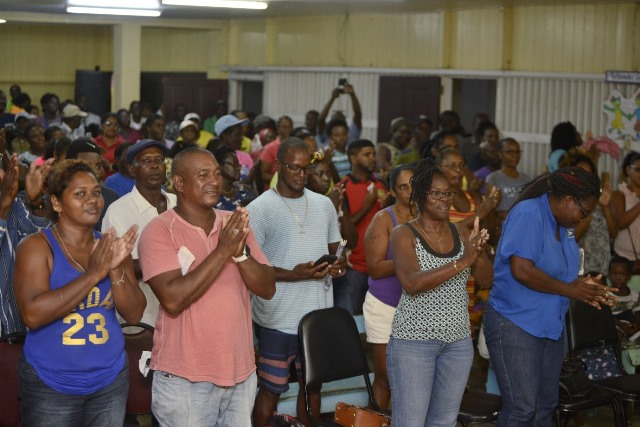 The happy residents of Parfaite Harmonie. 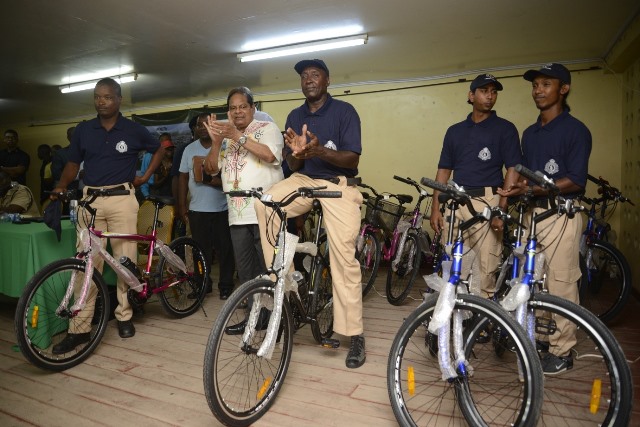 Prime Minister, Hon. Moses Nagamootooo hands over bicycles to members of the CPG. 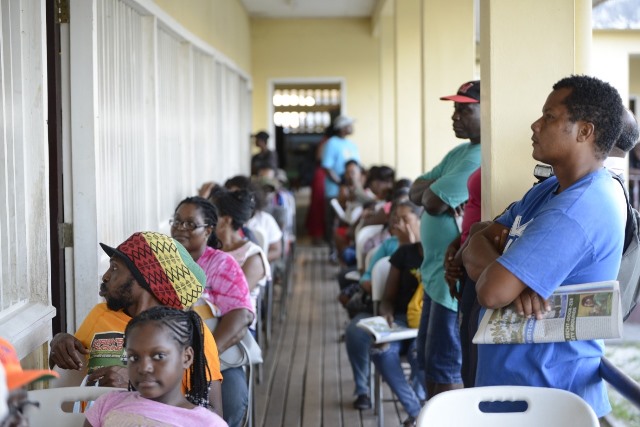 Residents lined the corridor of the Parfaite Harmonie Primary School.

On August 10, Prime Minister, Hon. Moses Nagamoottoo and Director-General (DG) of the Ministry of the Presidency, Joseph Harmon, along with several representatives of state entities including the Guyana Water Incorporated (GWI), met with residents at the Parfaite Harmony Primary School to hear of their concerns.

Today, the team returned, but this time, with news that each of the issues raised is being addressed.

Among the exciting news was the installation of 100 LED streetlights in the community and the soon completion of several wells being drilled by GWI.

Residents had complained of the virtual darkness that envelopes their respective communities at nights. Today, Prime Minister Nagamootoo informed that the installation of the lights has commenced.

Receiving kudos too, was the announcement by the Prime Minister that the government has earmarked the establishment of a night school to address the large percent of high school drop-outs in the community. Residents heartily welcomed this initiative as they took the opportunity too to make known the number of youths in the area that are unemployed.

A call by the newly established Community Policing Groups (CPG) saw the public security units receiving 12 brand new bicycles to execute their work. The bicycles were handed over by PM Nagamoootoo and Director-General Harmon.

Calls for the establishment of a market in the community are also being reviewed.

According to the Prime Minister, the Coalition government stands ready to offer “real solutions” to issues and will work with all towards the fulfilment of its mandate.

“We are not coming to you with promises. We talked to the leaders of the community and they told us of the issues. We came to you because we felt we needed to bring solutions to the issues. We will work with you, we will partner with you and we will continually try to resolve those issues,” the Prime Minister said to rousing applause.

The Director-General expressed the same sentiments. “You know that when we say we will do something, we do it… Everything that was promised is an action plan. It is important that you understand that when we make a promise, we keep it!” he said.

Another welcoming initiative was the announcement an Inter-American Development (IDB) Bank $1.5Billion grant for the community.

According to the Chief Executive Officer (CEO) of the Central Housing and Planning Authority (CH&PA), Lelon Saul, the two-part project will see $974M being pumped into the building of recreational facilities, seven kilometres of drains and 9 kilometres of roads and other infrastructural developments.

Through the housing solutions initiative, $569M has been set aside for the building of 75 core homes, while 300 families will also access funds to carry out repairs to their homes.

Saul reported that the CH&PA as already handed over some $40M to the Ministry of Public Infrastructure to commence work on some critical roads in the scheme.

Meanwhile, the Prime Minister took the opportunity to brief residents on the recent announcement by GECOM about the shortening of its House-to-House Registration.

He said the information shows so far that more than 300,000 Guyanese have been registered. This, the PM said, indicates that persons did not heed the call to boycott the very important process.