CARIFESTA XIV ‘Grand Market’ – A regional journey in one spot

– Creator aims to educate as well as amaze

When it came to the creation of the CARIFESTA XIV ‘Grand Market’, Artistic Director and Creator, Jamie Thomas said it called for thinking out-of-the-box.

Thomas, who is attached to the CARIFESTA Secretariat, said the ‘Grand Market’ was designed to give patrons the opportunity to visit and experience the craft, trade, fashion and food of the contributing nations while educating them at the same time. He noted that the participating nations did not disappoint. 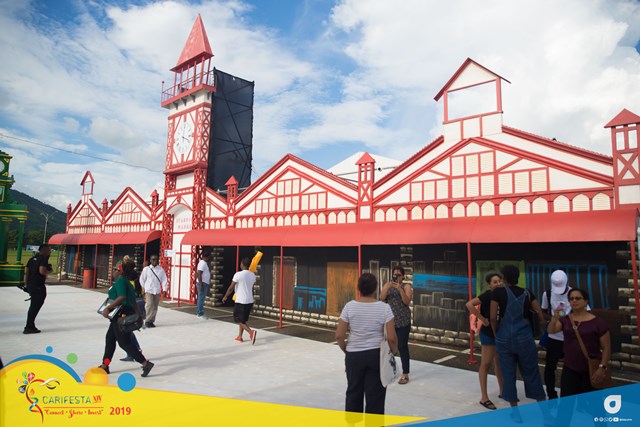 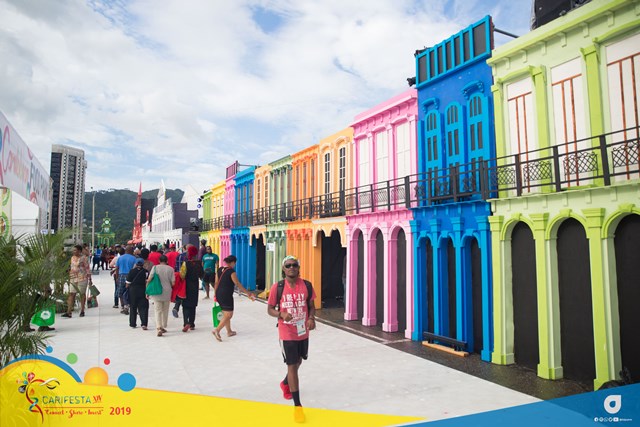 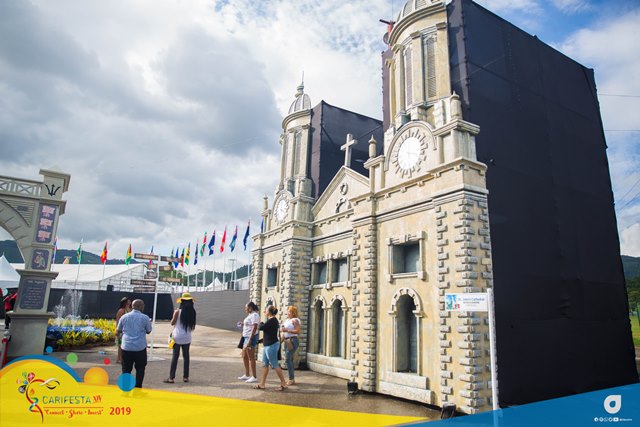 “I wanted the market to be two things. First, to be educational for the locals who have never travelled… so, when they come, they would not only buy things and listen to good music and taste fine food, but they will also be informed about the region. So, that was the inspiration. And, second, I wanted you guys from all over the region, when you arrive and hit the ‘Grand Market’, you must exclaim ‘oh my god that is from my country!” he told the Department of Public Information (DPI).

Conceptualised a year ago, Thomas said it took about two to three months of labour to create this Caribbean theme park. He noted it was worth every moment.

The artistic director said choosing these nine countries to highlight was easy; however, selecting the correct landmark was in “god’s hand”. This led to him hiding in plain sight to get feedback on the fantastic backdrop.

“I have been observing persons’ reaction undercover, and I am so happy to see people from the different countries gravitating towards the monuments and buildings… I feel people have appreciated that effort,” he added.

Unveiled during the opening ceremony for CARIFESTA XIV at Queen’s Park Savannah, this marvel includes Guyana’s Stabroek Market with its iconic clock, the Chamberlin Bridge in Barbados, to the grand Presidential Palace in Suriname. The Grand Market has been the ideal backdrop for the hundreds of patrons flocking the venue to create lasting photographic memories.