Minister of Public Works, Hon. Bishop Juan Edghill says Charity’s waterfront will be regularised as the area is becoming a major economic hub.

Currently the waterfront is congested with illegal vending and the occupation of State lands, which the Minister said is hampering Region Two from fully capitalising on this locale.

“This is not just about a market anymore. What is happening here at Charity is what is happening at the Demerara River where there is a demand for waterfront spaces both to accommodate produce that is coming out as well as to carry in hardware for the kind of development that is taking place,” he explained during an outreach to the area today. 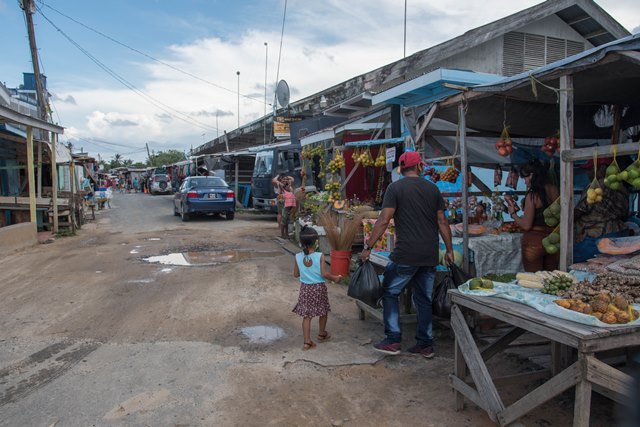 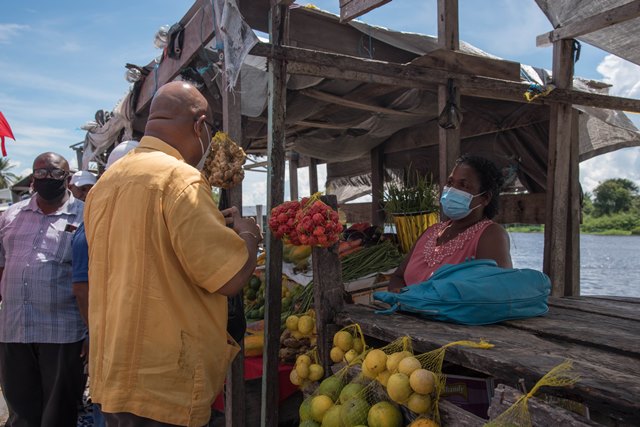 Minister of Public Works, Hon. Bishop Juan Edghill informing vendors of the regularisation that will be undertaken 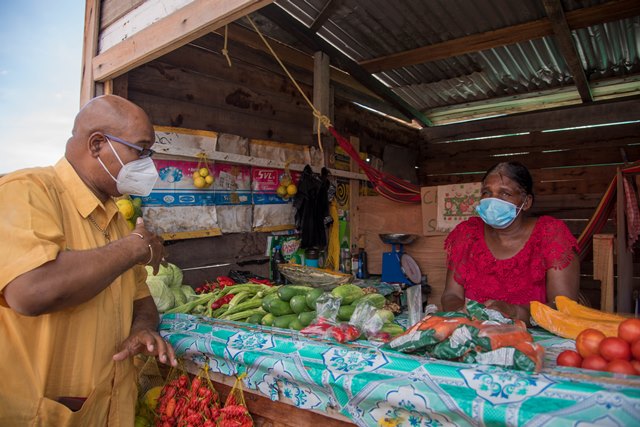 Minister of Public Works, Hon. Bishop Juan Edghill informing vendors of the regularisation that will be undertaken

Minister Edghill explained that due to the unregulated vending, the trucks are unable to get to the river. He said the idea is not to deter business, but to have it done in a structured manner.

Additionally, it was found that many persons constructed landing places along the waterfront to accommodate their businesses. However, they are doing so either without the permission of the Board or by hindering other businesses, the Minister observed.

“Some people, in the absence of receiving permission, took it upon themselves, went ahead and build. But if you build without an application, you are illegal and you now have to get yourself regularised in manner that does not hinder development and prevent economic activity coming from other sectors,” he said.

The Minister will be working with the Regional and Neighbourhood Democratic Council to have the area regularised. He said letters have already been served to some persons on the waterfront asking them to comply with the law.

Minister Edghill said Chairman of the Sea and River Defence Board, Brigadier Gary Beaton will return for consultations with residents to develop a plan for the waterfront.

Another matter that must be regularised is the overweight trucks that traverse the roadways, damaging them. To this end, the Ministry will look at improving the quality of the road and regulate the tonnage of the trucks.

Secretary to the Board, Mr. Jermaine Braithwaite and Chief Sea and River Defence, Mr. Kevin Samad also attended the outreach.