The Central Housing and Planning Authority (CH&PA) received positive responses from Lethem residents, when they hosted a one-stop shop, to allocate house lots during the Lethem Town Week.

According to CH&PA Chief Executive Officer (CEO) Lelon Saul, the house lots are being allocated in Tabatinga and Culvert City areas where they have been able to distribute approximately 120 house lots, most of which are located in Culvert City. He said that Rupununi residents will soon benefit from the areas highlighted. 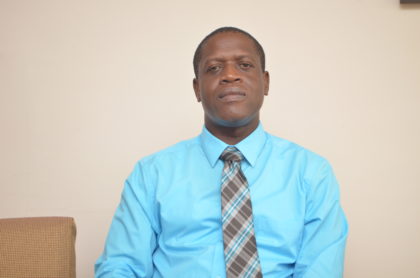 One of the residents, Yusuf Abraham told the Department of Public Information (DPI) the initiative is a timely response to residents’ desire to own their own property.  Abraham declared that having applied for land signals an important moment in his life. He noted that the establishment of the town’s status has aided in the regularisation and future infrastructural development of Lethem.

Jean Mohabir, disclosed that whilst she has attended many events in the past seven years, there has never been an initiative similar to this one.  She noted that, “Guyana has so many square miles and while there is a quite a number of persons living here, I believe that everyone is entitled to a house lot, hassle-free.”

Both Phollis Joel and Oral Mentor thanked the administration for their efforts, since  several years had passed following submission of their applications.

According to the CH&PA’s CEO despite the agency is receiving a positive response from the residents, they were unable to obtain sufficient house lots to satisfy the needs of all those applying.

“At the Central Housing & Planning Authority (CH&PA) and by extension, the Ministry of Communities will remain committed to providing quality and affordable housing for every Guyanese as well those in Lethem. It is our intention to engage on a housing drive that will result in built units….We (CH&PA) are exploring that possibility.”

Saul highlighted that the ministry also hopes to develop a new housing area within the surrounding of Banari commonly known as ‘Port Bridge’.