Creative industry has potential to be an economic driver.

Barbados Minister of Culture, Stephen Lashely believes that the creative industry can drive economic development in the region. The Minister was speaking at the Twenty-Fifth Meeting of CARICOM’s Regional Cultural Committee.

The three-day meeting being held at the CARICOM Secretariat, Turkeyen will discuss the planning of CARIFESTA, which has the potential to be an economic driver for the region, and other cultural issues. 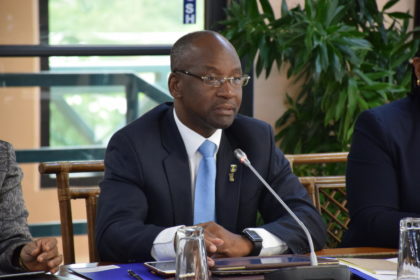 “The culture industries in my view hold the key to the urgent diversification of the region’s economies. We do not have to look very far to see the huge economic benefits of this sector to the economies of other countries,” said Minister Lashely said.

He added that the United Kingdom creative industries contribute almost ninety billion pounds net to the GDP, it accounts for one in eleven jobs, a rate rising more quickly than all other parts of the UK economy and these jobs are also among the least likely to be lost to automation.

“South Africa recently did their first cultural and creative industries mapping study. They did that study in 2014 and it showed that the industries had created between 162,809 and 192,410 jobs, about 1.08 per cent to 1.28 per cent of employment in the country, and that contributed to approximately 2.9 per cent of the GDP,” the Barbados Culture Minister highlighted.

Minister Lashley charged the Committee to take this into consideration during their deliberations. He said the potential benefits of the culture industries to our region and the matters that have the attentions of our Heads of Government are properly reflected in the agenda of this RCC meeting.

“You are task in the coming days to deliberate taking into consideration the Heads of Government of the region, as well as 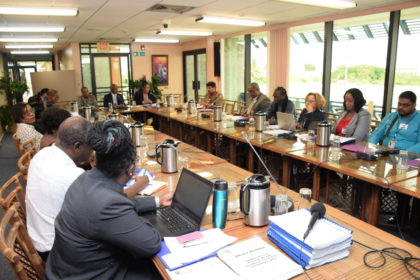 Representatives of member of states at the meeting opening ceremony of the Twenty-Fifth (25th) Meeting of Regional Cultural Committee at the CARICOM Secretariat this morning.

mandates from (Council for Human and Social Development) COHSOD and provide you expert advice on the way forward for the sectors and matters that have commanded our attention on the Regional Cultural agenda,” Minister Lashely noted.

The CARICOM Regional Cultural Committee (RCC) has been instrumental in shaping cultural policy at national and regional levels by advising culture ministers to infuse the regional culture programme with new ideas and perspectives.

The Regional Cultural Committee (RCC) was established in 1987 and meets annually. It was instrumental in the regional development of a cultural policy which was completed in 1994 and still serves as a reference document and a module for cultural policies in some member states where these are still being developed.

UNSECO and Ernst and Young Consultant Group stated in a report that globally the Creative industry (economy) employed nearly thirty million people worldwide and generated 2.25 trillion dollars in revenue or 3 per cent of the world’s GDP in 2013.