Reginald Brotherson, Permanent Secretary (PS) of the Ministry of Presidency, Department of Public Service explained that after their five-year contract, persons are given the opportunity to join the fixed establishment. 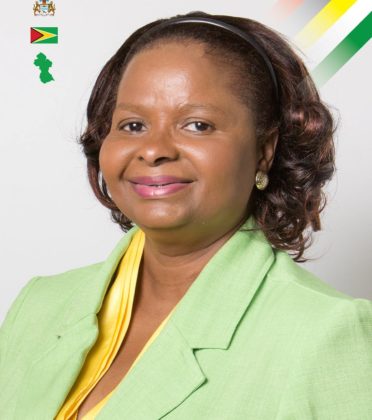 Minister Lawrence said that after hearing the doctors grumbling about this particular matter she requested a meeting with the personnel, PS and other members of the ministry’s management. The Public Health Minister said, “I didn’t just want to hear from management, I wanted to hear from persons who are affected and that is the reason from today’s meeting.”

The issues which were highlighted in the meeting were a result of lack of information, the Minister noted. “Basically persons were not informed, many of them, this is their first job they came on  a contractual basis and you are talking to them now about going on the fixed establishment and they don’t even understand what the fixed establishment is,” Minister Lawrence noted.

The Minister believes “that this morning there has been a great breakthrough in that we have been able to quell the rumours that doctors will be automatically changed over to the fixed establishment, and they are now very clear that they are allowed to work out their contractual obligations at the proposed benefits.”

Minister Lawrence explained that the Government is working to fix the parallel public service sector and to address the various issues within the public service.

The Minister noted that this is just the beginning and once these issues are addressed they can be better able to serve by looking at their emoluments, their terms of conditions, and the places where they serve to ensure that they are working under a healthy environment.

This is one of the first steps taken by the ministry to address the doctors’ concerns and the misinformation shared with the doctors. The Minister and the team are expected to meet with them again at the end of this month.