Empowered by innovation – technology is a game-changer

Technology has always rendered support to people with disabilities. As such, the Ministry of Public Telecommunications donated 59 tablets and one robotics kit to the Guyana Council of Organisations for Persons with Disabilities (GCOPD). The organisation will utilise the tablets to commence computer literacy classes. 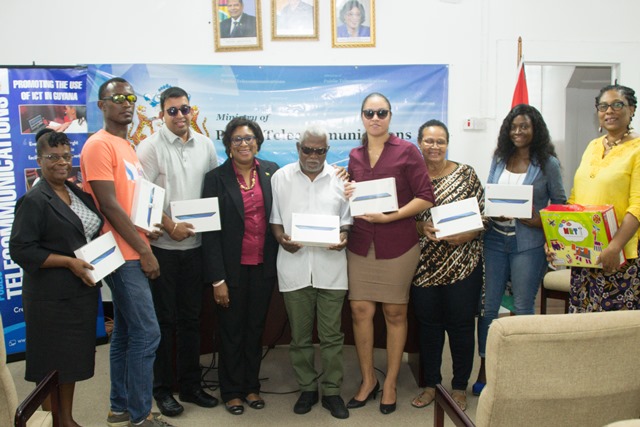 Minister of Public Telecommunications, Catherine Hughes along with members of the Guyana Council of Organisations for PwDs. 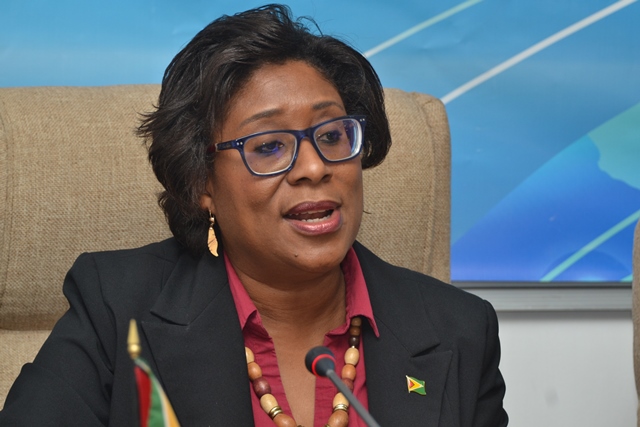 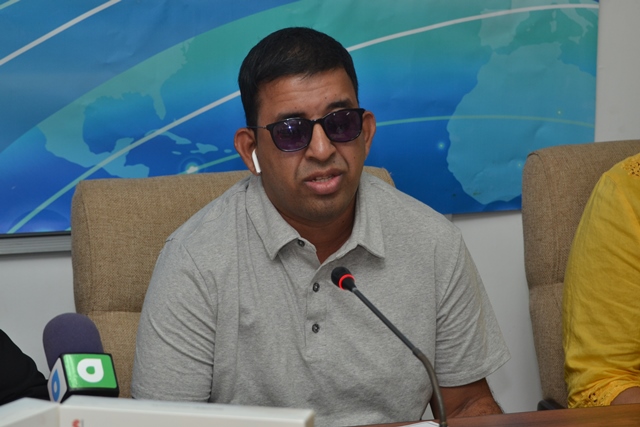 Programme Coordinator of the Guyana Council of Organisations for PwDs, Ganesh Singh.

During the simple handing over ceremony, Minister of Public Telecommunications, Catherine Hughes stated that government recognises that technology is a game-changer.

“A lot is now being done to equip them [persons with disabilities] with the tools they need to grow to be valuable citizens of Guyana, the citizens we know they are already, and be able to participate in their community’s development.”

The telecommunications arm of the United Nations – the International Telecommunications Union (ITU) has decreed access to the internet as a human right under Sustainable Development Goal (SDG) 9.

“This government and our ministry see ourselves as an enabler to ensure that accessibility is a human right,” the Public Telecommunications Minister declared, reiterating that the government is ready to lend assistance where it is needed.

Programme Coordinator of GOCPD, Ganesh Singh noted that the organisation has embarked on several ICT projects to empower persons living with disabilities. He explained that the tablets will be used for several objectives, one of which being the establishment of Science, Technology, Engineering, and Mathematics (STEM) camps at four special schools in the country.

“Additionally, tablets will be used for the CXC programme that falls under the Guyana Society for the Blind and also for the establishment of the disability unit,” Singh said.

Over the years, technology has evolved to cater to the needs of persons living with disabilities, especially those who are visually impaired. Computers, smartphones and other electronic devices are designed with an accessibility software which allows for easier navigation when using it.

The tablets were a gift from the Chinese telecommunications giant, Huawei and are equipped with the accessibility feature for the visually impaired. STEM Guyana donated the robotics kit, which includes bigger pieces that will be useful for those who are visually impaired.