Residents from Anna Regina and Charity in Essequibo, Region Two can expect a normal supply of electricity by the end of Thursday.

Speaking with the Department of Public Information (DPI), the Guyana Power and Light’s (GPL), Acting Chief Executive Officer (CEO) Renford Homer explained that on August 01 the number four cylinder on the aged Wartsilla engine experienced a fault causing it to be out of service. 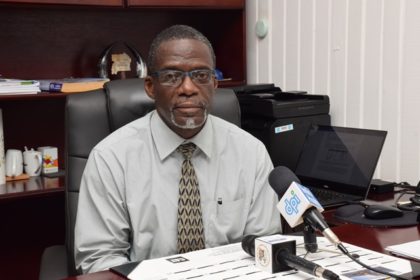 The power company is working to have the engine up and running by the end of Thursday hopefully in time to meet the peak demand which begins around 18:30 hours, Homer stated.

Just last month residents and business owners on the Essequibo Coast experienced persistent blackouts; Charity being the most affected, with outages for five days.

Homer said the power company had corrected the situation by converting large portions of the Essequibo coast to 60 cycles. This he said, provided more generation reducing the load on the 50 cycles’ circuits, “where we were challenged with generation having over just over two megawatts of capacity.”

The residents on the Essequibo Coast can expect overall improved power supply by Christmas as the government has procured three new generators for the Anna Regina power station which are expected to arrive in Guyana in October and should be installed and powered by December.

The Acting CEO is calling on the residents to be patient as the company works to restore normalcy.