─ Govt to redouble efforts in 2019 to increase participation in election

─ Voter turnout at this year’s LGE was 32 per cent

The Guyana Elections Commission (GECOM) said there is a need for year-round voter education to ensure greater turn out on election day, especially for Local Government Elections (LGE).

Today, Chairman of GECOM, (retd) Justice James Patterson said he is concerned with the approach of the electorate. Voter turnout at this year’s LGE was just 32 per cent Chief Elections Officer (CEO), Keith Lowenfield, revealed at a press conference. 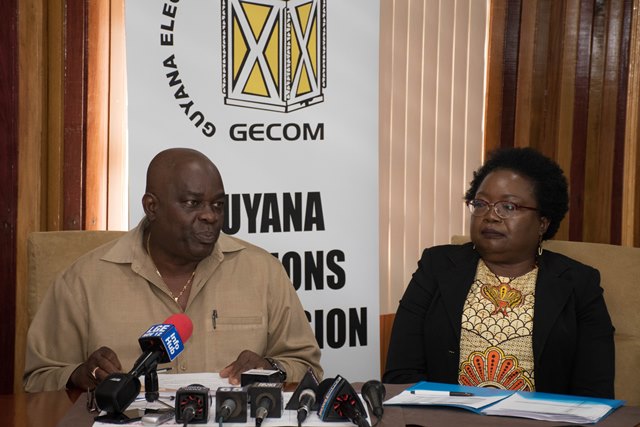 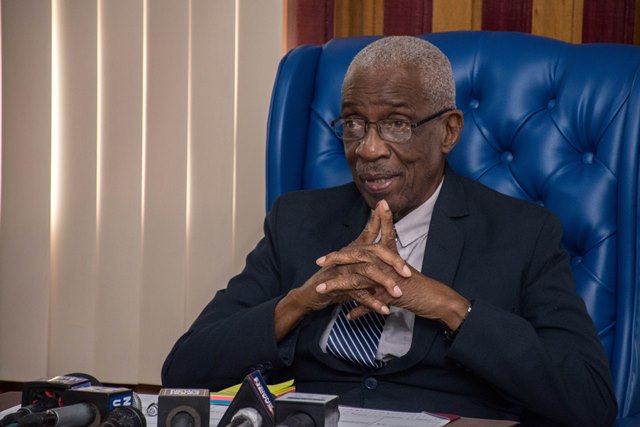 “I’m hoping and I trust and I believe that this apathy will end with the last elections and that as citizens we will be eager to exercise our franchise in future elections to come,” Justice Patterson said.

GECOM’s Chairman assured his agency’s standard will remain excellent when it comes to the management of elections. Justice Patterson expressed his satisfaction in GECOM’s hosting of this year’s LGE.

Meanwhile, Lowenfield noted while GECOM conducts voter education on the conduct of elections leading up to election day, more needs to be done.

“There’s another department of government that is responsible for local government administration. I think the education starts there, no doubt, an all-year-round process to keep the electorate au fait with what is local governance, what it offers,” Lowenfield said.

Lowenfield added that political parties and other candidates participating in LGE should equally ensure that voters are aware of the procedures and importance of voting on elections day.

The GECOM team acknowledged the absence of LGE for a number of years could be a contributing factor to turn out but expressed the hope that this will change as LGE is held as mandated.

Minister of Communities, Ronald Bulkan had noted the government is cognisant of the impact of the absence of the LGE system on voter participation. The minister said reversing this will take time.

“I think what is going to be required, now that we’ve had successive elections as legally due, is to begin 2019 is to probably redouble our efforts so that come 2021, which will be the next … Local Government Elections, to ensure there is certainly greater engagement and participation not only at the level of voting but also for engagement and involvement of civic groups and even independents,” Minister Bulkan pointed out.