Prime Minister Brigadier (R’td) Mark Phillips has said government is committed to acquiring equipment to prepare the country in the event of an oil spill.

He was speaking at a media briefing at the Pegasus Hotel, following a successful oil spill response simulation exercise held by the Civil Defence Commission (CDC) and other stakeholders on Wednesday.

The Prime Minister, who has responsibility for disaster risk management, said despite the exercise was a success, the equipment used is not what should be used in the case of an emergency.

“From government side, I want to commit ourselves to working with you and to acquire the equipment that will be needed for the actual disaster,” the Prime Minister stated.

He added that, “the fact is that we as a country have been using petroleum for over 200 years now and therefore, we should have been ready for dealing with these types of disasters since then. We are moving fuel to keep electricity on, we are moving fuel to keep our cars moving and therefore, we can have a disaster in any one of our harbours and we have to be ready to deal with it.”

The Prime Minister said government will ensure that the right personal protective equipment is made available to those responsible for responding to oil spills.

“What we don’t need is we are faced with a disaster and we do not have the right equipment, we do not have the right PPEs, and therefore, people are putting on the PPEs for the first time at the time of the disaster. So, we have to focus now on getting the right PPEs as Mr. Thomas mentioned and have people wear them and experience the comfort or discomfort that comes with wearing them and utilising the equipment,” the Prime Minister explained.

PM Phillips commended the stakeholders for their commitment. He said the idea is to train hard so that in the event of an actual disaster, it will be easy as everyone would know their roles.

The aim of the exercise was to test the country’s oil spill capabilities to a tier two incident to identify strengths, weaknesses and lessons using the recently completed National Oil Spill Contingency Plan.

The exercise was executed in a real time stressful environment intended to mirror a real tier two incident. It also aimed to simulate reality by presenting complex and realistic problems that require critical thinking, rapid problem solving and effective response by trained personnel from all the various agencies. The exercise was undertaken both on shore and offshore. 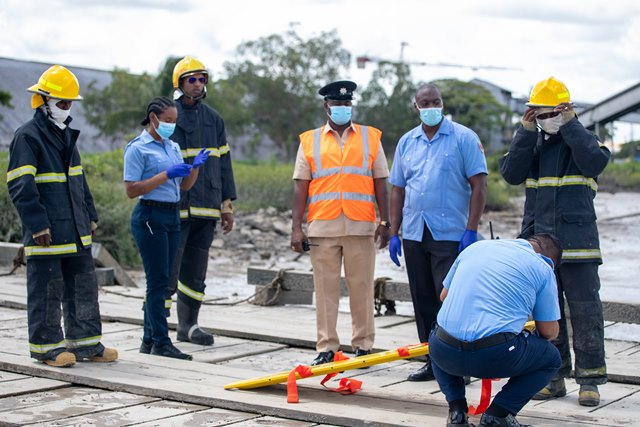 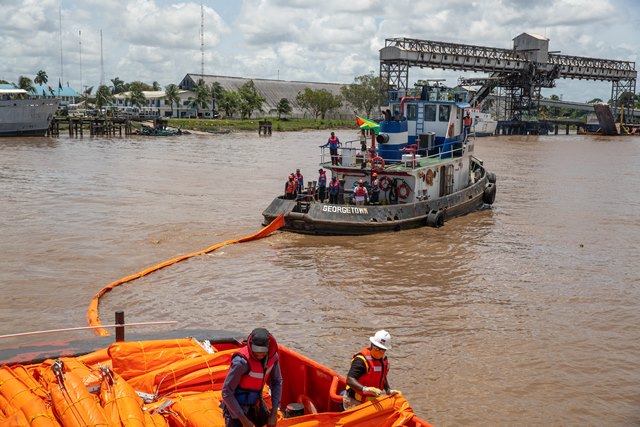