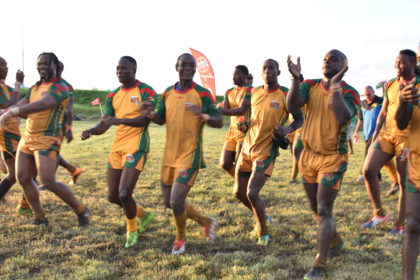 Members of the Green Machine National Rugby Team celebrating, their win against Trinidad and Tobago

Despite the inclement weather, the home team received tremendous support from the Guyanese public, who turned out in their numbers, and Minister of State Joseph Harmon.

The Minister, speaking to members of the media said that, “I am here to support the team and I believe the team needs as much support it could get… I am happy with the turn out too because you would imagine that with this weather that you would have problems with support but you can see that the people are out here”.

Minister Harmon expressed his pleasure with the Green Machine’s outstanding performance. However, he pointed out that the team is in need of much needed technical support and committed to providing same.

“The government is fully supportive of rugby. I just had some conversations with the director of sport and I believe that we can do much better with a little bit more technical support, and I want to commit to that technical support for the team” the Minister stated.

He added that the government is currently in dialog as it relates providing the national team with their very own training facility. The need for such a facility for the national team, the Minister said was brought to his attention by the Director of Sport Christopher Jones.

The Minister indicated that having such a facility is not off the table when he stated that “I am positive that we can do something for rugby”.

The win by the Green Machine makes it their third straight title after they defeated Trinidad and Tobago in 2015, and Jamaica in 2016.

Guyana appeared to have dominated the opposition easily, but team’s captain Ryan Gonsalves described the game as tough.

“It was a good fight by Trinidad. It could have gone anyway but that’s that. Ours guys stuck to it and we got this ‘W’ (win) here… We started well. We just tried to keep the momentum going and just play out the game today. We  did not come to let them run over us so we came with our A game, and we just tried to keep the lead, tried to keep possession as much in the wet conditions and it worked out for us well” Gonsalves recollected.

The team is slated to face Mexico in about three weeks’ time, and according to Gonsalves, in order to come out victorious against the Mexican giants, the team needs to much more that they did against T&T. He stated that “We need to work on some more endurance. Mexico is high altitude so we need to do a lot of endurance work for high altitudes. If not, we are going to be faced with the same struggle as last year but we are going to try and get our guys as fit as possible”.

The team’s captain is referring to Guyana’s devastating 32-3 lost to hosts Mexico in the final of the Rugby Americas North (RAN) 15s Championship in 2016. In 2016 Guyana ranked higher that Mexico in the world 47 to 54. Guyana has since slipped to 54 while Mexico has moved up to 50 in the world rankings. 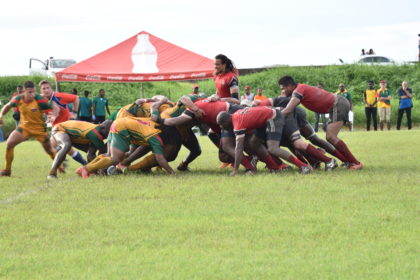 The Green Machine in their battle against rivals Trinidad and Tobago 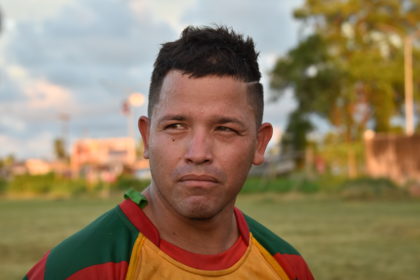 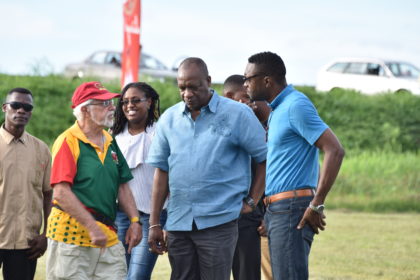