According to the report the government has maintained ‘serious and sustained’ efforts during the period of reporting, therefore allowing the country to remain in the Tier 1 position. Tier 1 countries are those nations which follow the standards outlined in the US Trafficking Victims Protection Act of 2000. Guyana has been classed as a Tier 1 country from 2017 to present, Tier 2 in 2016 and placed on the Tier 2 watchlist for the previous three successive years.

The report further boasts the government’s continued efforts towards combating TIP through its increased funding towards victim assistance and identification and opening and operating of a trafficking shelter outside of the capital city, Georgetown. Though considering this achievement, the lack thereof of adequate protection and shelter outside of Georgetown was also highlighted, noting the need for increased victim assistance for child victims as well as male, and Venezuelan victims.

With regards to prosecution efforts, the 2019 TIP report records that the GoG has maintained law enforcement efforts, giving reference to the Combating Trafficking of Persons Act of 2005 and its criminalization of sex and labour trafficking and its prescription imprisonment penalties. These penalties, says the report, were ‘sufficiently stringent’ and with respect to sex trafficking, ‘commensurate’ with those prescribed for other serious crimes, such as rape. This Act remains Guyana’s primary legislation to combat trafficking in persons.

The government’s investigation, prosecution, conviction and restitution efforts were also cited, giving special mention to the lead Government agency and Task Force which coordinates trafficking efforts; the Ministry of Social Protection (MoSP) and Ministerial Task Force on Trafficking in Persons. In 2018, the MoSP’s Countering-Trafficking Unit recorded and assisted 156 TIP victims in Guyana with 93 victims being referred to facilities for support. This is compared with 131 identified victims in 2017.

Further highlighted were the efforts towards the training of village leaders, mine inspectors, immigration and police officers, and members of the business community and civil society in victim identification and referral. The MoSP’s sensitization campaigns across Guyana were also noted and the government’s training of interpreters from foreign diplomatic missions in the trafficking law. This prepared them to assist with non-English speaking trafficking victim interviews.

The government’s provision of funds to Non-Governmental-Organization managed Shelters for 2018 was also emphasised, this totalled 60 million Guyanese dollars, an increase to from 41.2 million in 2017. The provision of 3.5 million towards direct financial assistance to victims who chose not to stay in a shelter was also made known.

The Guyana report can be accessed at: https://www.state.gov/reports/2019-trafficking-in-persons-report-2/guyana/?fbclid=IwAR276GihjZ0z0iNdOF5CLVsRvJaeVL57Ae04ZRAUsipaV9vrms6u7dxSXZQ

The full report can be found here: https://www.state.gov/wp-content/uploads/2019/06/2019-Trafficking-in-Persons-Report.pdf 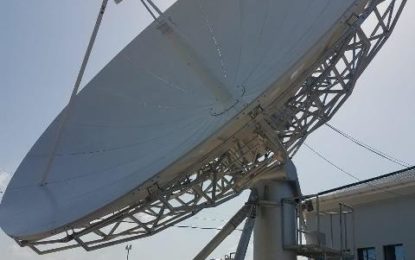 M&CC to commence cleaning immediately after...