(Georgetown, March 30, 2017) – Last evening Guyanese storytellers joined the global storytelling community to observe World Storytelling Day 2017 under the theme “Transformations”. The event which was held at the Umana Yana saw many congregating to listen to international, regional and Guyanese stories. 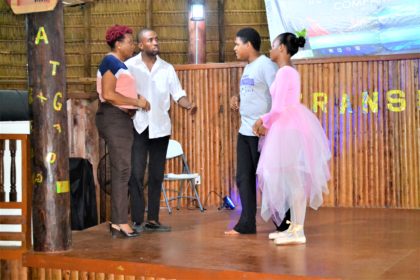 In his remarks, Director of the National School of Theater Arts and Drama, Mr. Al Creighton noted that the programme for this year’s observance includes three new original stories written by young Guyanese writers. These include Subraj Singh, Nirmala Narine and Melinda Primo-Solomon – they were the winners of the 2016 Creative Writing competition.

Those pieces are a welcome addition to Guyana’s oral tradition. With regard to the theme, he posited that each story has its own transformative effect on the audience. Additionally, the event augurs well for diplomatic relations as it featured stories from the Diplomatic community.

While explaining the origin of World Storytelling Day, Creighton pointed out that even though the beginnings of WSD is not clear, two distinguished Guyanese, namely Stanley Greaves and Ken Corsbie, were involved in the promotion of a Poetry Festival held in Barbados in the late 1990s.

Information on WSD indicates that the observance of the Day began in 1991/1992 in Stockholm, Sweden and then spread to Norway, Scandinavia, Denmark and throughout Europe. Because of these variations, Creighton emphasized that more documentation is needed on WSD.

This year’s World Storytelling Day observance was organized by the Ministry of Education’s National School of Theatre Arts and Drama. 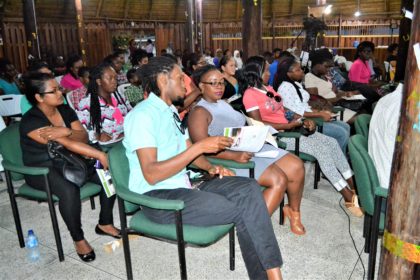 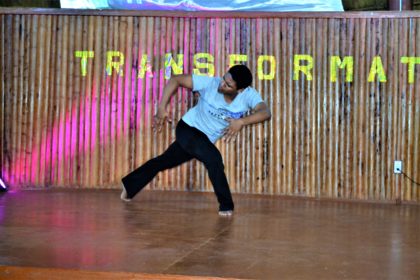