A China-Guyana Friendship Guyana Monument, amphitheatre, picnic lawn, a stand canopy over a pond, twin pavilions, and grounds for football, tennis and basketball, are the major attractions earmarked for the Joe Vieira Park on the West Bank of Demerara.

Guyana and China signed an implementation agreement for the initiative, called the China-Guyana Friendship Joe Vieira Park, on Tuesday at the Office of the President, Shiv Chanderpaul Drive. Early estimates place the cost between US$8 million and $12 million.

“This project is a transformational project and it brings benefits to the health and wellbeing of Guyanese, in particular those that live in West Demerara,” Fraser said.

“The Joe Vieira Park has always provided a space for recreation, especially during our national holidays, more specifically, the Easter holiday – a lot of people go there to fly their kites – and generally provides a space for relaxation throughout the year.”

He said the project will enhance the park and provide the equivalent of what the national park is for residents of Georgetown, to the people of the West Bank of Demerara.

Foreign Secretary at the Ministry of Foreign Affairs and International Cooperation, Robert Persaud, lauded the deep and abiding relations between Guyana and China since they established diplomatic ties on June 27, 1972.

“Since then, those relationships have grown, they have blossomed and have seen not only people to people contact, but also Guyana and China working together on the international stage, in pursuing a common international agenda, especially in terms of peace, food security and creating a world order in which we are all respected and all have a space in which our voice and our positions are known.”

He said the friendship park reflects this partnership.

Ambassador of China to Guyana, Guo Haiyan, noted that though Guyana is rich in green spaces which serve as tourist attractions, many of them are in remote areas.

“So, I believe this new park will provide the local people a modern public place near their home, where they can enjoy the lakeside views, picnic times, fitness exercise, cultural events and recreational activities.”

Persaud said that His Excellency, Dr. Mohamed Irfaan Ali intends to have similar parks established about the City of Georgetown, and that those plans will be unveiled in the future.

June 2022 will mark the 50th anniversary of diplomatic ties. Looking back to previous cooperation, the Chinese Ambassador said, “The governments of both countries adhere to a people-centered philosophy of development. So, in the past 50 years, all the projects China assisted Guyana with reflected the principle of serving the people.”

She also reflected on the history of Chinese in Guyana, noting that they arrived as early as 1853 and have been hardworking contributors to the country’s economic and social development. 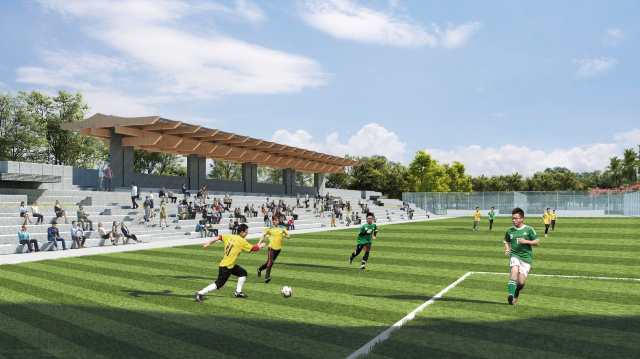 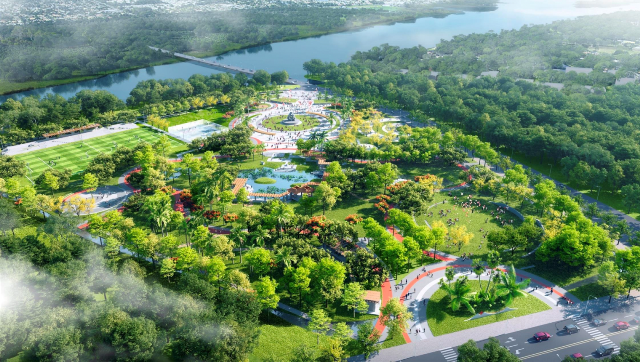 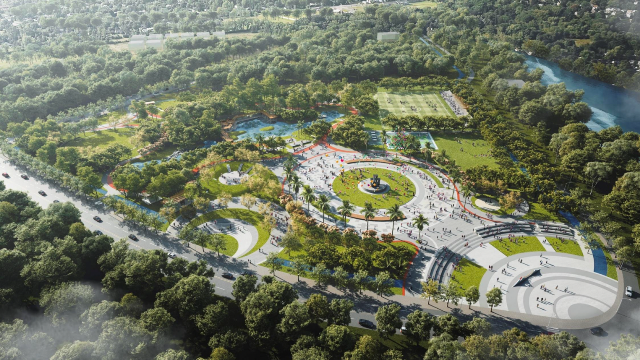