Minister of Social Protection Amna Ally has called on the residents of Region Three Essequibo Islands-West Demerara to use the occasion of Guyana’s 49th Republic Anniversary to embrace the country’s unique diversity.

“Your government stands for social cohesion. We are celebrating 49 indeed with victory in mind because we know that a better life is closer to everyone. Today’s activity is a testimony to the fact of us coexisting as a people with greater tolerance and appreciation. We must continue to be a family and work for the development of our beautiful Guyana,” Minister Ally noted. 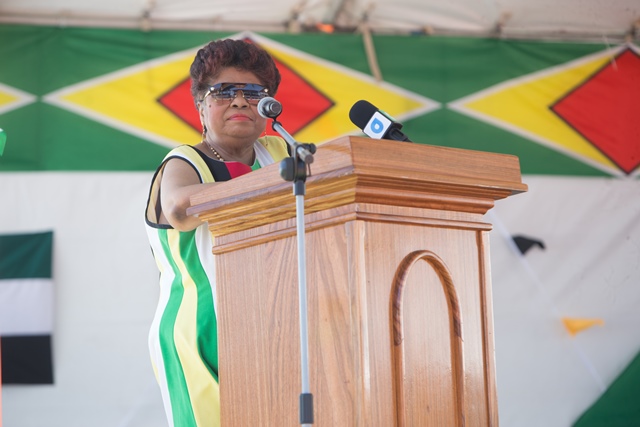 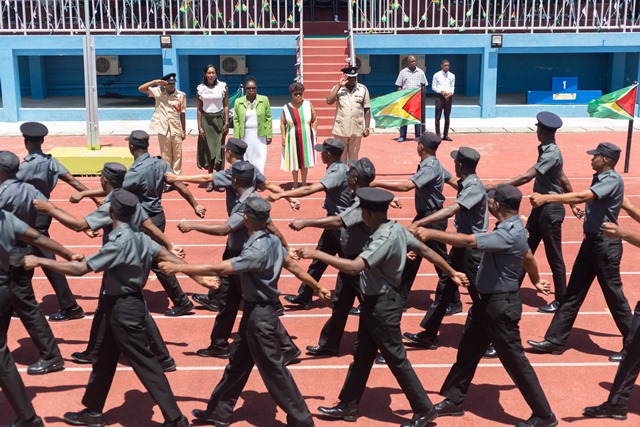 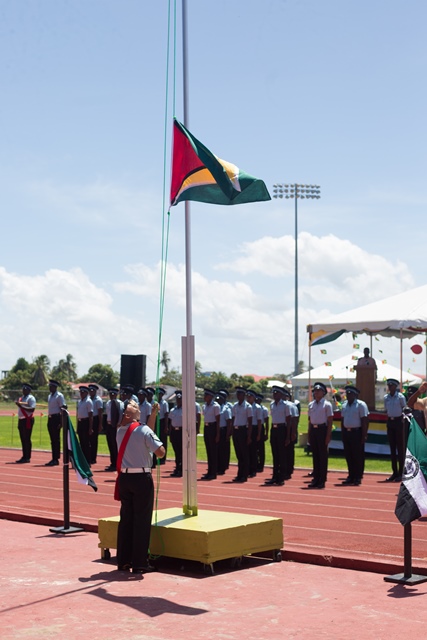 The Golden Arrowhead being hoisted. 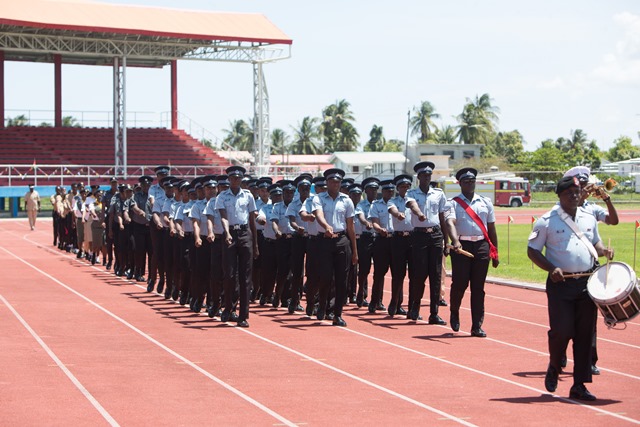 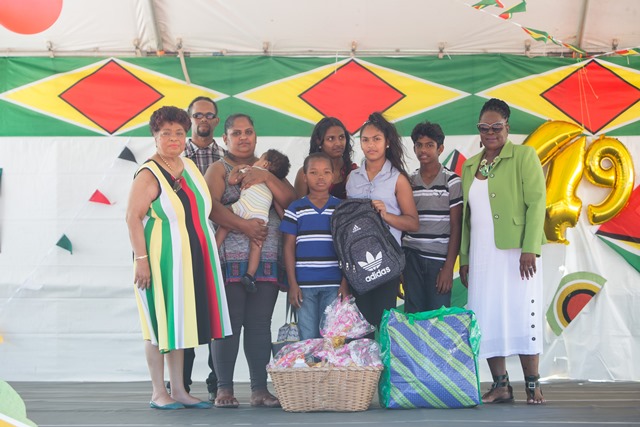 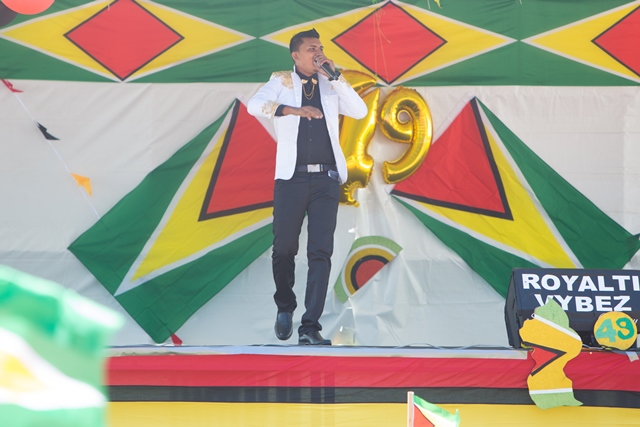 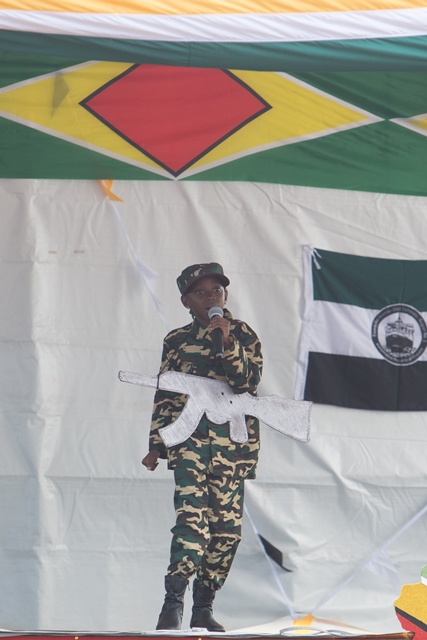 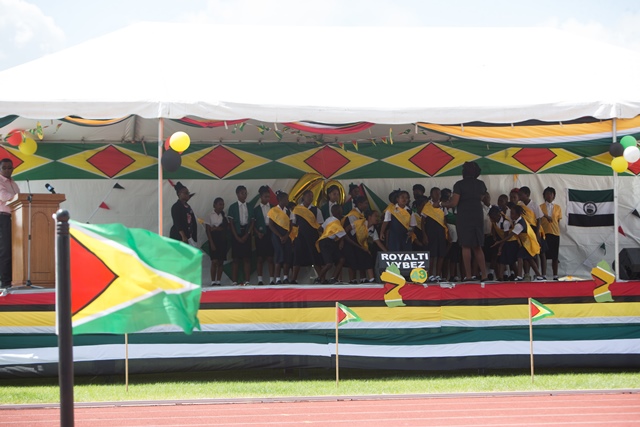 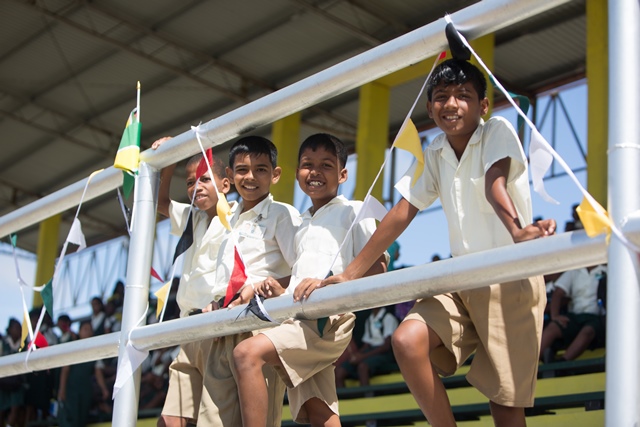 The Minister noted that since 2015 the Coalition Government has transformed Guyana from a state of malaise, self-deprivation and corrupt practices to one of vision, development and benefit for the citizens. She also outlined the many successes of the Government and reminded the audience of the tangible achievements made.

“The progress of this nation is about dedicated service and respect for the ordinary man and woman. It is about delivering health care in every district, building roads and bridges to every town; improving electricity generation and ensuring agriculture production is growing.”

Minister Ally reminded all present that while Guyana has come a long way as a republic, we must appreciate the outstanding role of those who fought for independence and sovereignty. “It is through their dedicated and visionary efforts that we can enjoy the freedom we have today. They saw a united Guyana as the foundation of a truly prosperous nation,” Minister Ally underscored

In her remarks, Region Three’s Regional Executive Officer Jennifer Ferriera-Dougall made an appeal for unity, especially during these testing times. “We are a nation of one people and we must not allow ourselves to be divided by misleading rhetoric only being echoed by a few. We are stronger together and better forever,” the REO remarked.

She also used the opportunity to highlight some of the government’s achievements in her region. Mentioned were the Special Needs School, David G buses, Early Childhood Development Center, construction and rehabilitation of several roads and bridges, salary increases among others.

The stage was well set at the Leonora Synthetic Track and Field Centre as a cultural presentation preceded the hoisting of the Golden Arrowhead. The audience enjoyed the stunning presentations from schools across the region.  While reigning Chutney Monarch and runner-up for the Soca Song Competition, Steven Ramphal had the packed centre up on their feet with his renditions of “Soca in meh Vein” and “Rang ke barhee meh pool jao – Forget our colour and live in love.”

The Golden Arrowhead was hoisted by the Guyana Police Force while the parade featured the Police Force ‘D’ Division, Fire Service, Master Guides and Pathfinders from the Stewartville SDA church and the students from the Cadet programme.

Minister Ally and REO Ferriera-Dougall presented a monetary donation and food hampers to the Roberts family. The family of seven was facing some difficulty sending the five children to school as the mother Mrs. Roberts is presently recovering from an ailment and of the father Jan Robert is seeking employment. The family had written to both the regional administration and the Social Protection Ministry seeking assistance.