─ collaborates to showcases WADN products at RACE in Reg. 6

The Inter American Institute for Cooperation on Agriculture (IICA) was one of the several agencies which took part in the Regional Agricultural and Commercial Exhibition (RACE) in Region 6, East Berbice-Corentyne on June 29.

The venue was the Albion Sports Club Ground.

The IICA booth at the exhibition supported the work of the Women’s Agro-processors Development Network (WADN) – a group comprising 13 groups of women agro-processors countrywide. 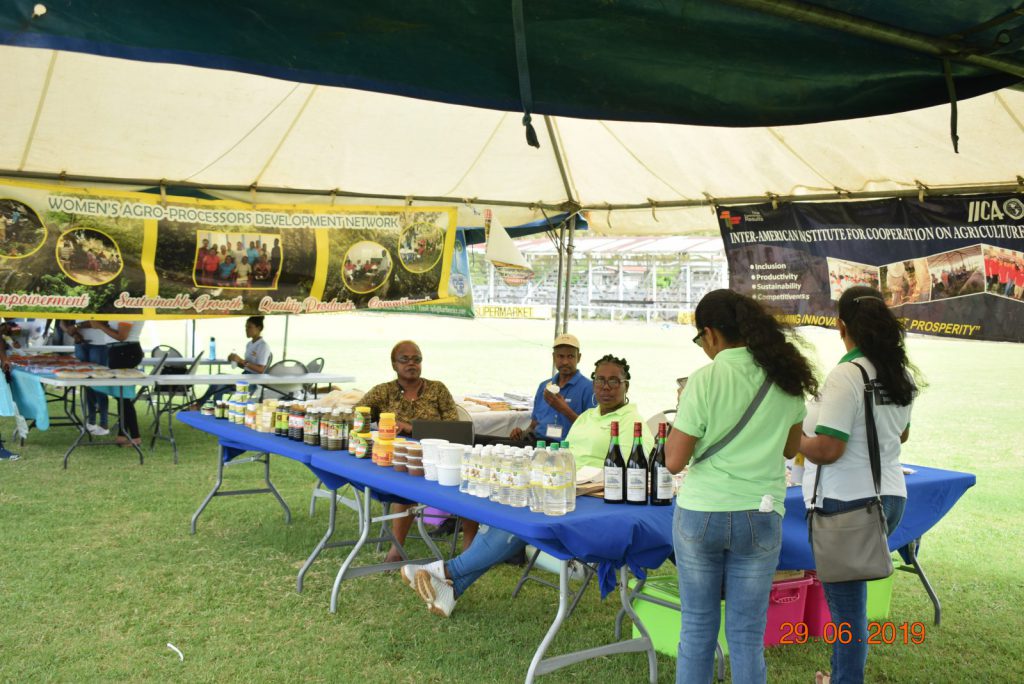 An IICA staffer, Arnold De Mendonca said that the exhibits showcased the products of the WADN with the aim of creating awareness of the availability of these items and to encourage orders from customers in the East Berbice-Corentyne Region and further afield.

“The IICA exhibition here is basically to help them expand their market share,” Mendonca said.

IICA has showcased the work of the WADN at other major agricultural exhibitions throughout the country with similar aims. According to Mendonca, IICA has been supporting WADN since 2009.

He explained that IICA’s participation at the show in Region 6 is its second year in a row and is in keeping with its commitment to partner with the government in promoting sustainable agricultural development, food security and rural prosperity. The IICA Office in Guyana, “directs its core areas of cooperation in line with the focus of the Ministry of Agriculture,” he noted.

Along with Mendonca, the IICA team at the one-day exhibition included IICA’s Agricultural Health Specialist and Chairperson of the WADN group in Region 5, Mahaica/Berbice, Paula Marks.