As was the case across the entire country, the Monday morning scenery in the mining town of Linden, was bright smiling faces of students who could not wait to show off their new uniforms and school gear to their peers.

For those entering new schools, the excitement was even more evident as they begin a new chapter in their lives. 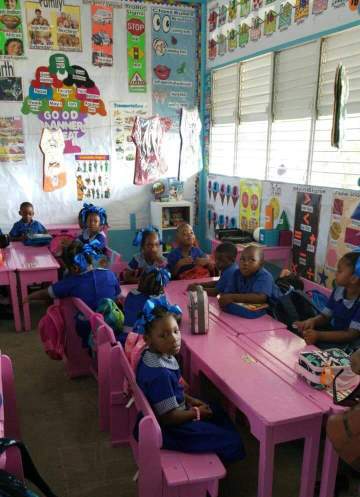 Students of the Watooka Day Primary School, settling in without hiccups in their new classroom. 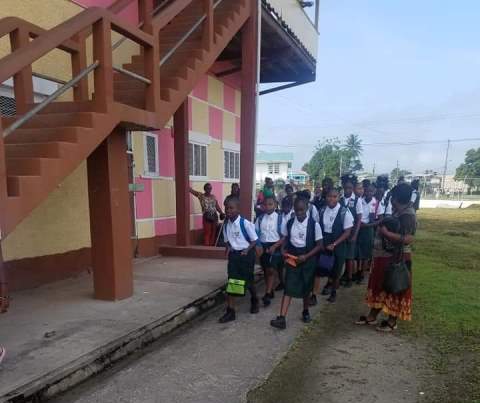 Students of the Mackenzie High School filled with excitement as they make their way into their classroom.

The students were greeted by enthusiastic teachers who over the last week, dedicated a considerable amount of time designing colourful and eye-catching visual aids to make their classroom more child-friendly and conducive for learning.

All schools in the Region 10, were reported to have reopened and many of these were rehabilitated and upgraded over the two-month holiday period. One of these was the Mackenzie High School which had a roof damage during the recent storm. Officials ensured this was repaired in time for the first day of new term ensuring that the students’ attendance would not be affected.

Additionally, commute to these schools was also made easier as several access roads leading to them, were rehabilitated. One particularly worthy of mention is the Kara Kara/Fraser Road, leading to the Mackenzie Primary School.

Regional officials reported that schools that are short of staff and are awaiting placement of teachers, should receive these by next week, the latest. The Pine Street Nursery School was one of these, however, the teachers ensured equal attention was given to the pupils.