The Government’s plan to reduce the cost of electricity will lower manufacturing costs and allow local manufacturers to become more competitive. This was one of the key sentiments expressed by Minister of Tourism, Industry and Commerce, Hon. Oneidge Walrond, while speaking at the opening of the Georgetown Showroom of Bulkan Timber Works Incorporated and Superior Shingles and Wood Products Incorporated on Saturday.

Minster Walrond, who spoke on behalf of President Dr. Mohamed Irfaan Ali, said the Government is committed to lowering electricity costs and providing a more consistent supply.  “This will bring greater predictability to the manufacturing sector and will have a positive correlation on the ease of doing business in Guyana,” she noted.

While cautioning that the necessary safety protocols and health guidelines must continue to be followed, Minister Walrond stressed that investment has not ground to a halt and Guyana remains open for business. She emphasised that the private sector has a pivotal role in providing employment and ensuring that international standards are achieved and consistently maintained. The Minister stressed that many local companies have been producing at exceptionally high standards, and Bulkan Timber Works was a prime example. “The quality of your products reinforces the concept that local manufacturers can deliver superior products, the Minister said. 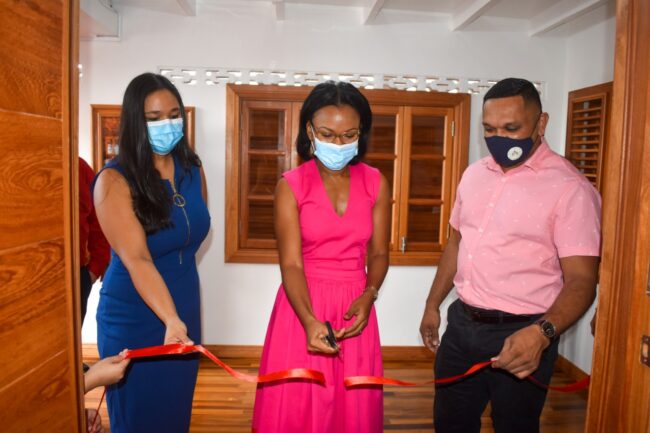 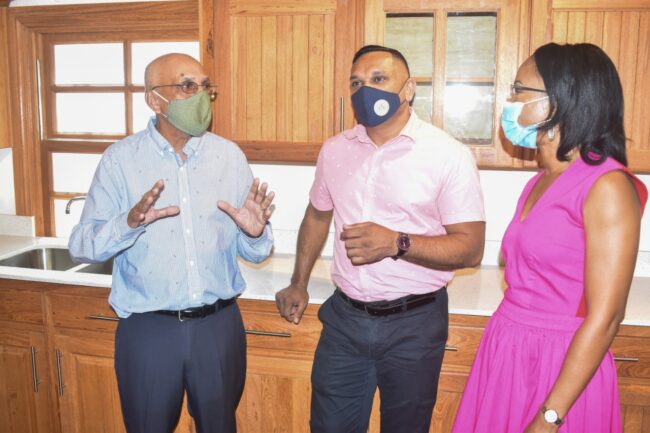 In congratulating the principals of the companies on the quality and variety of products, she noted that it was a “vivid reminder of the versatility and quality of wood, a resource that is readily available to us in Guyana”.

Natural Resources Minister, Hon. Vickram Bharrat also spoke extensively on the Government’s plans to lower the cost of electricity, noting that by 2024, the cost of electricity in Guyana would have been reduced significantly. “I would like to assure our Guyanese brothers and sisters that in less than five years, power generation in Guyana would be at a manageable level that would boost business activity,” Minister Bharrat said. He added that the Government has embarked on several transformational projects that will reshape the economy and bring tremendous benefits to the country.

Meanwhile, Managing Director and CEO of Bulkan Timberworks, Mr. Harold Bulkan, said the purpose of the showroom in the capital city is to raise awareness of the public about the quality of products on offer by the company. He said 95 per cent of what they produce is exported, but the companies want Guyanese also to utilise the products.