Message from the Hon. Keith Scott Minster within the Ministry of Social Protection on World Day Against Child Labour 2020 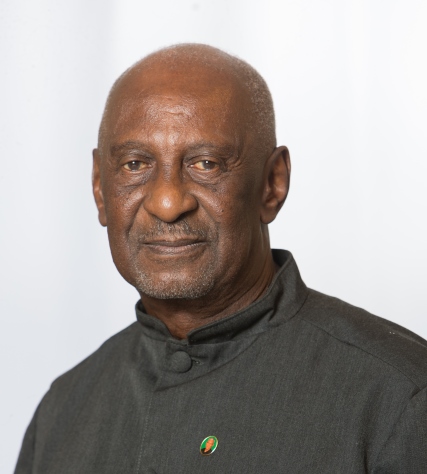 Hon. Keith Scott
Minster within the Ministry of Social Protection.

This year is no different to previous years when the Ministry of Social Protection joins other countries and some of its counterparts around the world on June 12 in observance of World Day Against Child Labour. This day is usually set aside by countries and organisations to register their repugnance for one of the world’s worst manmade disasters.

I have deliberately decided to refer to it (Child Labour) as a disaster because its consequences are similar to the outcomes of earthquakes, pandemics, wars and pestilences which have retrogressive effects on humanity.

While contemplating the context, thrust and cut of this message I encountered the themes under which the World Day against Child Labour was commemorated during the previous five years i.e. 2015 – 2019.

Those themes contain the words “Child Labour, Children and Work” on four (4) out of five (5) occasions. For example, in 2015 the theme read: No to Child Labour. In 2016 it called for an end to Child Labour and in 2017, it pleaded for the protection of children from Child Labour.

A departure from the norm of using the words Child and Labour, was witnessed in 2018 when the theme read “Generation Safe and Healthy”.

The elimination of Child Labour encapsulates the promotion of a healthy life style for children but the year 2018 was the first time that children’s health was positioned at the center and foundation of the initiative.

Finally, the 2019 theme sought to prohibit children from working in fields and encouraged them to work on their dreams instead.

An analysis of the previous five themes show that the emphasis was on the elimination of the scourge but this year’s (2020) theme calls for heightened awareness and action against this social ill. It reads as follows.

“COVID-19: Protect children from child Labour, now more than ever.”

In other words, in the face of the COVID -19 pandemic we are required leave no stone unturned as we endeavour to insulate our children from that Social Malady called Child Labour.

We in the Co-operative Republic of Guyana have embraced and endorsed the definition of Child Labour which was developed by the International Labour Organisation (ILO) in the following manner:

“The term “Child Labour” is often defined as work that deprives children of their childhood, their potential and their dignity, and that is harmful to physical and mental development …”

From this definition, it is clear that an upshot of Child Labour is the stultifying of a child’s abilities to the extent that their Life Chances are restricted. In a sense, it prevents children from realizing their true species being or becoming the best versions of themselves.

That is the unshakable and irrevocable commitment of the APNU+AFC Government as are evident in our past and current initiatives, one of the most outstanding of which was the launching in 2018 of our National Policy Towards the Elimination of Child Labour.

That ‘policy launch’ represented the culmination of the collaborative efforts of several Agencies including the Ministry of Social protection, the ILO, the UNICEF and the WHO among others.

That policy which is dynamic and comprehensive, highlights as its vision the evolution of a Guyanese society free of child Labour in all its forms and in which all children are afforded opportunities to enjoy the childhood phase in life inclusive of their protection, promotion of and health, education dignity and so on.

It is significant that health is a critical value embraced by the policy.

Apart from the National Policy there are several other instruments which strategically dovetail with its vision to discourage and prevent the mischief which can affect our society with a great degree of stealth. Those instruments include:

In addition, we are committed to achieving the 17 United Nations Sustainable Development Goals (SDG’s), which impact every sphere of our economic, social and political dealings. There is hardly any economic or political activity or programme which can be successfully planned and implemented at the central Government level without the individual or aggregate impact of the 17 SDG’s being taken into account. Unhesitantly, I submit that the elimination of Child Labour resides within the APNU+AFC Agenda of providing of Good Life for all Guyana.

As a matter of fact, SDG 8.7 requires that Child Labour in all its forms inclusive of Child Prostitution and Child Pornography to be eliminated by the year 2025 which is not too far way. I am proud to say that we are working towards achieving that target. If I were to list the legislations which are employed in this fight against Child Labour, the Combating of Trafficking in Persons Act, would have to be included, and given prominence.

Therefore, every right thinking citizen is called upon to be engaged in the fight against this immoral and revolting phenomenon.

Since 1966 our Republic ratified ILO Convention # 29 which abhors forced labour inclusive of Child Labour. Since then we have never stopped addressing that matter but this year we are required to devote extra special attention to the issue.

In circumstances where a society is not affected by a disaster or an epidemic it is not unusual to consider Children as an unprotected and disadvantaged group. They are likely to suffer mal-treatment and abuse on a much higher scale than adults. In a word, they can be most vulnerable in normal circumstances. Hence, in abnormal situations such as during the current COVID-19 Pandemic the degree of vulnerability increases.

Concomitantly, the theme for this year calls for heightened dedication towards the protection of our children. It is perhaps for that reason that the UNICEF has recently (April 3, 2020) published an Appeal under the caption “protecting the most vulnerable children from the impact of coronavirus: An Agenda for Action”. (Unicef.org/coronavirus/agenda-for-action)

This appeal submits that urgent attention is needed at the global level in a coordinated manner so as to prevent the current health crises from becoming a child-rights crisis.

Earlier I mentioned that our constitution is one of the instruments being used in the prolonged battle against Child Labour and I wish to submit that that is so because the APNU+AFC Government sincerely regards Children’s Rights as Human Rights.

We have intensified our efforts to protect children through the Child Protection Agency which is vigilant now more than ever, but I wish to borrow from the UNICEF the following six-points prescription, for defeating the scourge.

In concluding I would submit that although the foregoing was designed specifically for the country of Jordan they are all relevant to Guyana. The sixth point of leaving no child behind fits perfectly in with the Agenda of the Child Care and Protection Agency within the Ministry of Social Protection.

Since the commencement of the pandemic in Guyana, the Child Care and Protection Agency has intensified its work in ensuring that no Child is left behind. Apart from operating a 24/7 hotline services, personnel from that Agency have responded to over 300 cases of Child Abuse and have taken steps to obviate any perpetuation of this mischief.

Under normal circumstances the Ministry of Social Protection and by extension the APNU+AFC Government would have engaged in marches, rallies, symposia, and other public events in our crusade and sensitization programmes against Child Labour.

However, this year due to the COVID-19 disease the spread of which can be restricted through social distancing we are unable to fully showcase our achievements thus far. But not because there are no rallies and marches our resilience has diminished. On the contrary our resolve has been strengthened and we want to encourage all and sundry to depend and widen their determination toward the Protection of Children during this most difficult time. After all we need to protect them now more than ever before.