His Excellency, President David Granger, on Friday, took his message of free education for all to the New Amsterdam Multilateral School (NAMS).

The president’s visit to the school forms part of the Education Month observances.

While there, the Head of State presented a cheque for one million dollars to boost the institution’s Science and Technology Departments. 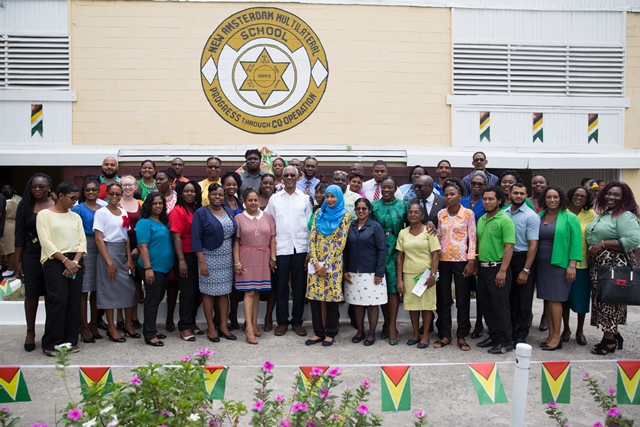 His Excellency, President David Granger along with the staff of the New Amsterdam Multilateral School. 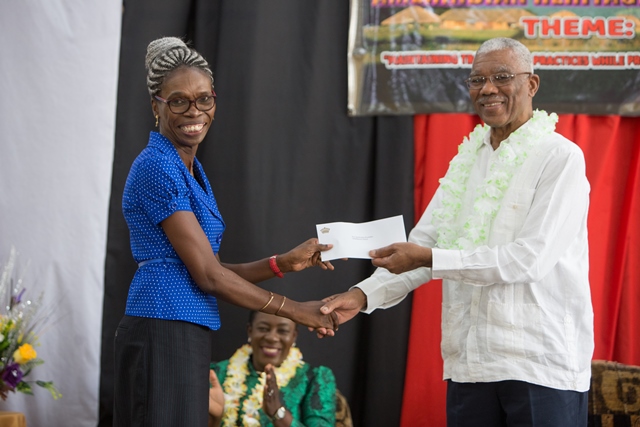 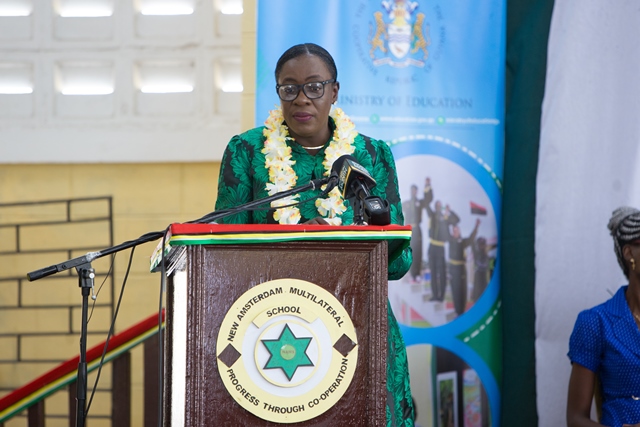 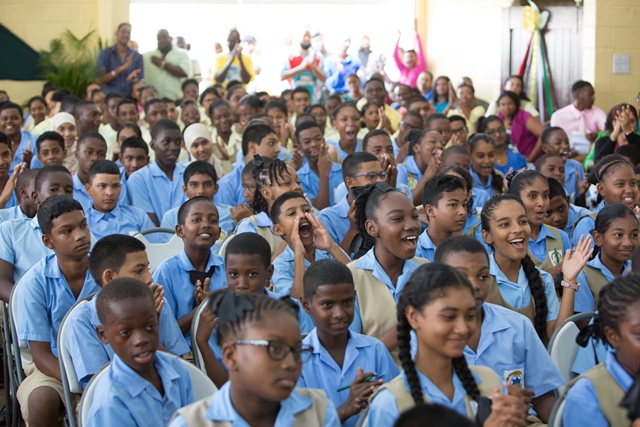 “I want to place special emphasis on science, technology and mathematics to equip you for the knowledge-based future of our country,” he stated.

In his remarks to the teachers and students, President Granger reminded that the Coalition Government has placed education on the forefront of their agenda noting that national development is made possible through education. He restated his administration’s plan to make education free from nursery to tertiary.

The Head of State noted that “public education is on the right path” and encouraged the students to diversify their career options as Guyana continues to rapidly develop. He urged them to explore professions in various fields which will build local capacity.

Accompanying the president on the visit to the school was Minister of Education, Hon. Dr. Nicolette Henry. During her presentation, she reiterated the importance of a quality education.

“Education plays a central role in the growth of any country’s development as it provides in many instances the opportunity for individuals to improve their lives, become more successful members of society and therefore they are ultimately better contributors to the nation’s development.”

Headteacher of New Amsterdam Multilateral School, Vanessa Jacobs, assured the Head of State that the staff of the institution is committed to ensuring that the students receive quality education.

President Granger also presented tokens to the best graduating students of the institution for 2018 and 2019. Following the assembly, the Head of State and Minister Henry toured the school’s science and technology facilities.