Minister of Indigenous Peoples’ Affairs, Sydney Allicock, over the past four days, met and interacted with residents of Shulinab, Quiko and Patarinau in South Central, and Shea, Maruranau and Awarewaunau in the Deep South and Yupukuri in the North Rupununi, Upper Takutu-Upper Essequibo, Region 9. He assured them that the APNU+AFC Government will continue to deliver on its promise to provide support to the hinterland to enhance their livelihood and local economies.

He explained that the 2019 budget was passed in the National Assembly and his ministry is ready to roll out its current and capital programmes for hinterland communities.

The minister urged the Village Councils to meet with their people, organise themselves and develop their 2019 proposals so that they can receive their presidential and other grants in a timely manner to start their community projects.

He said that the APNU+AFC Government has a mandate to deliver to all of the people of Guyana and it will do so.

“We believe in everybody in Guyana enjoying the good life… We have given power to the people. We want to hear from you what are your plans and we want to see implementation. We don’t want a situation where you have your plans park up, bring it to us and we can see how we can provide support to you. We have recognised that there is a need for more support in the hinterland communities and we will be willing to provide that support once a document of same is presented to us.”

Minister Allicock reminded that the ministry has placed Community Development Officers (CDOs) and Welfare Officers in all of the Hinterland regions and they have a responsibility to ensure issues are brought to the attention of the relevant agencies. 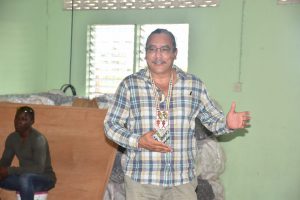 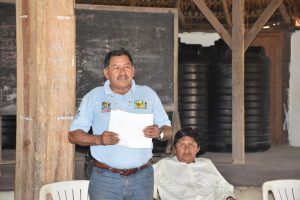 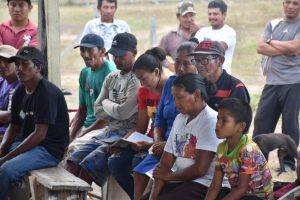 A section of the residents gathered at the community at Patarinau Village, South Central Rupununi, Region 9

Additionally, the government allocated the sum of $2.7Billion to the Region 9 Regional Administration for 2019 and according to Williams, “because the administration believes that the three tiers of government [National, Regional and Local] must be allowed to function, your budget is even larger than the ministry’s [Ministry of Indigenous Peoples’ Affairs] budget.”

“The hinterland is of equal importance to the government as the coast and therefore, the government is on a mission to ensure all essential public  services can reach every citizen regardless of their location.” He said, the new Magistrate Court which was commissioned at Lethem, the Agriculture Research Station that is to be constructed along with the upgrade of the Lethem Airdrome and the Linden to Lethem road construction along with the Passport Office slated for construction are but a few examples of the emphasis being placed on Hinterland development.

Williams disclosed the number of scholarships available for youth developer, especially at the Guyana Forestry Commission (GFC) and other tertiary institutions and urged them to make full use of the opportunities. The Bina Hill Institute is also looking for young men to apply, he noted.

On the issue of land rights, Legal Advisor, David James explained that over the past three years, the government has been working to correct a number of mistakes made under the past administration and is seeking to address same in the shortest possible time.

The ministry is seeking a further extension of the Amerindian Land Titling (ALT) project to move the process forward.