On August 27, the Executives and members of the Linden Youth Leaders organisation paid a courtesy call on the Hon. Minister of Social Cohesion, Dr. George Norton.

The group was accompanied by one of its founders, Former Linden Mayor, Carwyn Holland. 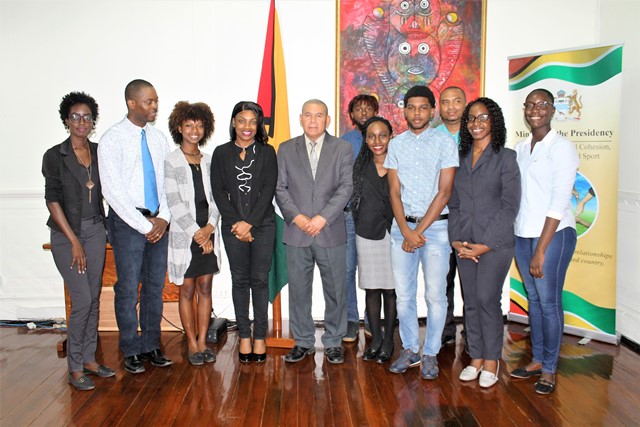 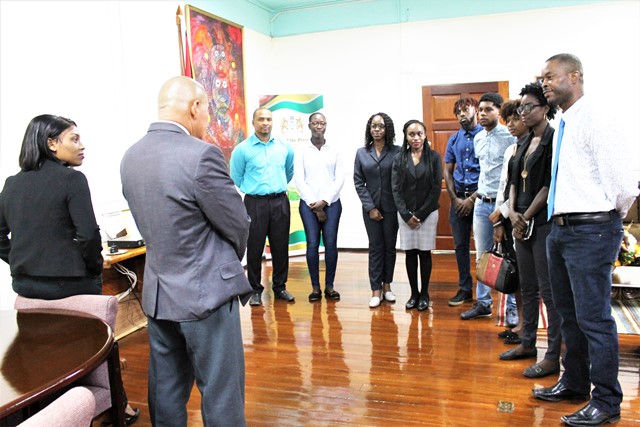 During the visit, Minister Norton engaged each member of the group on their recommendations for the development of Guyana’s young people. Matters pertaining to gender equality, sports, cybercrime, and bridging the generation gap, were all discussed.

During the meeting, Minister Norton highlighted some of the many opportunities available for youths via the Ministry of the Presidency, Department of Social Cohesion, Culture, Youth and Sport.

“Often times, we just need to get our youths motivated to take advantage of all that we have to offer. The programmes are there,” Minister Norton noted.

Also present at the meeting was Permanent Secretary, Melissa Tucker who encouraged the group to continue the good work of developing the young people of Linden and across the country.

The Linden Youth Leaders was founded in April 2016 by Holland, and teenager, Roshelle Sparman.