Minister of Social Protection Hon. Amna Ally on 10-7-2017 visited the home of now late prison officer Odinga Wickham. The Minister sympathized with the family members as she offered her deepest condolences.

Minister Ally said that during the ordeal she was in constant contact with Minister of Public Health, Volda Lawrence, who assured her that the best systems were put in place to deal with the tragic occurrence. She noted that it was most unfortunate that medical care could not have sustained the life of Mr. Wickham.

She shared the sentiment that what the prisoners did was most reprehensible and vile and that those responsible must be brought to justice to be punished accordingly.

Minister Ally committed to meeting with the family at a later date to discuss what arrangements are possible through the Ministry of Social Protection to cater to sustaining the livelihood of the Fiancée and child of now deceased prison officer Wickham. 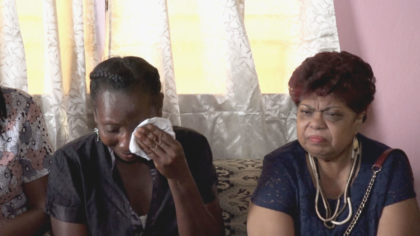 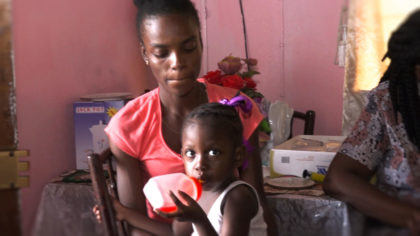