Ministry of the Presidency to be rehabilitated

Minister of State, Joseph Harmon, has confirmed that cabinet is meeting at the headquarters of the Guyana Defence Force. He said this is because the Ministry of the Presidency is in a dilapidated state and needs urgent repairs. Harmon said security concerns also influenced the decision to have the cabinet meetings at Camp Ayangaana. 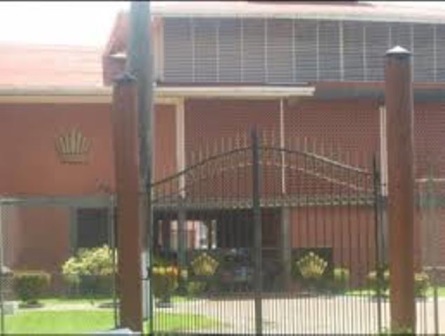 Addressing the media at a post-cabinet press briefing, the Minister made the disclosure after announcing that millions would be needed to repair the ministry’s fence, walkway and guard hut.

“You would recognize that as soon as we came into office, we had to do a tremendous amount of work in this complex to bring it to the state where we are at. We have this room for example in which we are sitting is not what it used to be. It was something else before and we fixed it, rehabilitated it to make it comfortable for us all,” he reminded reporters.

He also reminded of the Cabinet Room, which is being rehabilitated, “Those of you who attended the swearing in ceremony earlier, for the Commissioners of the Public Procurement Commission, will recognize the AC (air conditioning unit) was on and off. It is old. It needs to be fixed and we have to fix that and it is not just for the members of cabinet, it is for the Guyanese public at large who has to do business here,” Harmon said. The also minister noted that high level diplomatic engagements are held at the ministry.

According to Harmon, the works to be done were identified very early in 2016 and became part of the ministry’s budgetary allocations for this year.

Harmon noted that meetings of the cabinet have to be kept in a secure location. He said whenever cabinet meets to discuss the business of the people, it has to be in a place that is secure. “It has to be in a place where the conversations or the discussions of cabinet cannot be easily picked up on, or understood by, or learnt by anybody else who is not entitled to receive that info(rmation),” Harmon explained.

He acknowledged that some in the media had questioned the government’s decision to not use the Arthur Chung Convention Centre. Harmon said was public knowledge that the ACCC would be closed from December 4 for about four months. Since the Cabinet Room rehabilitation would take place over a similar period, that location “had to be ruled out”, he added.

According to the minister, the government examined several options and it was the view that the safest option was the Officers Club, Camp Ayangana which provided all the facilities needed.

We have looked at all the options and that was the best choice in this circumstance as I said it’s a temporary measure until such time until the work on this building is completed,” Harmon said.