The National Toshaos Council (NTC), the body that represents the Indigenous peoples of Guyana, received some 67 per cent increase in subvention in three years, under the Coalition Government.

This was according to Ministerial Advisor of the Ministry of Indigenous Peoples’ Affairs, Mervyn Williams, who explained that when the administration took office in 2015, the council was receiving a mere $12M in 2015; this was increased to $16M in 2017 and 2018 respectively, and $20M in 2019. 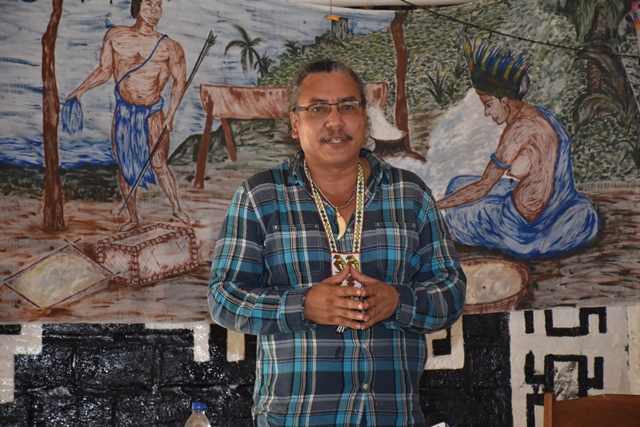 Additionally, Williams said that the government has fulfilled its commitment to ensuring that the NTC has a place to conduct its work in Georgetown. The lease for the land earmarked for the council to construct its secretariat was handed over to the body.

“More than that, the Indigenous people said they don’t like fences, they don’t like a piece of land they want real land, and so your government is working to identify an even bigger plot of land where you can have a complex and people can go and rest and conduct business and commune with each other and that I don’t believe is too far away. So, your NTC is going places for you and doing the really important task on your behalf,” Williams elaborated.

The Ministerial Advisor emphasised the government has never interfered in the operations of the NTC. In fact, during the period 2015 to 2017, that body submitted a single financial report to the Minister Allicock, who is an ex officio member of the council. According to the Amerindian Act of 2006, the NTC shall publish an annual report of its activities and annual accounts and provide a copy to the minister and each of the villages.

“It spent out all the money – $16 Million – and never accounted for a single cent of the finances! The last executive of the NTC rode heavily on the backs of the Indigenous peoples and enjoyed the spending of the money and did not represent you,” Williams informed the South Rupununi residents.

The National Toshaos Council (NTC) is a semi-autonomous body corporate comprising all Toshaos in Guyana. It has an executive committee including one Toshao from each of the ten administrative regions.

Some of the main functions of the body are to promote good governance in the villages by, investigate allegations of improper conduct by Toshaos or Councillors, prepare strategies and plans for protection, conservation and sustainable management of village lands and natural resources; and strategies and plans for reducing poverty and improving access to health and education and other services in villages.