Our Diversity is our Strength: Prime Minister at “Harmony Village”

GEORGETOWN, Office of the Prime Minister, Thursday, March 23, 2017 – Prime Minister Moses Nagamootoo in launching Harmony Village in Georgetown today, declared that Guyana’s diversity is our beauty; and that is the strength of our nation. 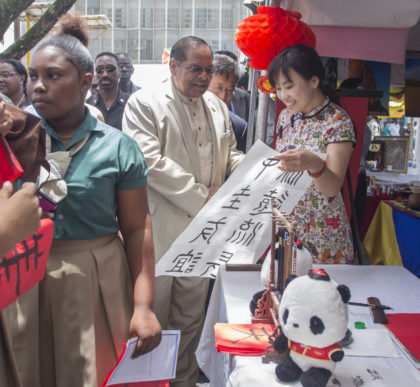 Delivering the feature address at the site of the Cenotaph on Main Street, Prime Minister Nagamootoo explained that Guyanese have transcended the history that spawned them, having overcome tribalism and castism.

“We are all enjoying of status of the citizens of an independent country and not distinguished by which tribe we have come from. We have left behind the embarrassment of caste and we have all evolved into who we are and what we are – Guyanese, proud of our ancestry but not carrying the baggage of the past”, the Prime Minister elaborated.

Prime Minister Nagamootoo noted that we are blessed to be multi-ethnic and multi-cultural, and to celebrate our diversity. “It is our diversity, whether by way of ethnicity or culture, that makes us rich and strong. We forge a bond irrespective of our differences.”

The Prime Minister shared the lofty ideals of Rabindranauth Tagore that Guyanese should line in a “heaven of freedom,” and inspirational songs of John Lennon and Louis Armstrong, singing also “what a wonderful world” as the audience joined him.

Held under the theme ‘Beauty in Diversity, Celebration Guyana,’ the event had displays of local and international cuisine, cultural wear, artifacts and literature and also featured dance, poetry and folklore.

The Ministries of Indigenous Affairs; Natural Resources; Education; Health  and the Department of Culture, Youth and Sports;  the Venezuelan, Mexican and Cuban embassies, the Chinese Association, and the United Nations Development Programme (UNDP) were all involved in the exhibition under tents along Main Street.

Minister of Social Cohesion, Dr. George Norton, explained that the Harmony Village will be celebrating and bringing into focus Guyana’s culture and diversity and he encouraged Guyanese to support the event.

The unveiling of a floating gallery, Minister Norton said will involve the branding of a section of the Main Street Avenue with images of persons of varying background. “For too long when reference is made to the six races of Guyana, there is usually a picture of just one person representing each of those races, so the objective of the floating gallery is to put more faces to each race.”

Ms Sharon Patterson, Programme Coordinator, said ‘Harmony Village’ is just the beginning of what the Ministry of Social Cohesion hopes will blossom into an event that could be taken to other regions across Guyana.

Present at the historic function were Vice Presidents Khemraj Ramjattan and Sydney Allicock, Ministers of Government, the Mayor and Deputy Mayor of Georgetown and several Ambassador. 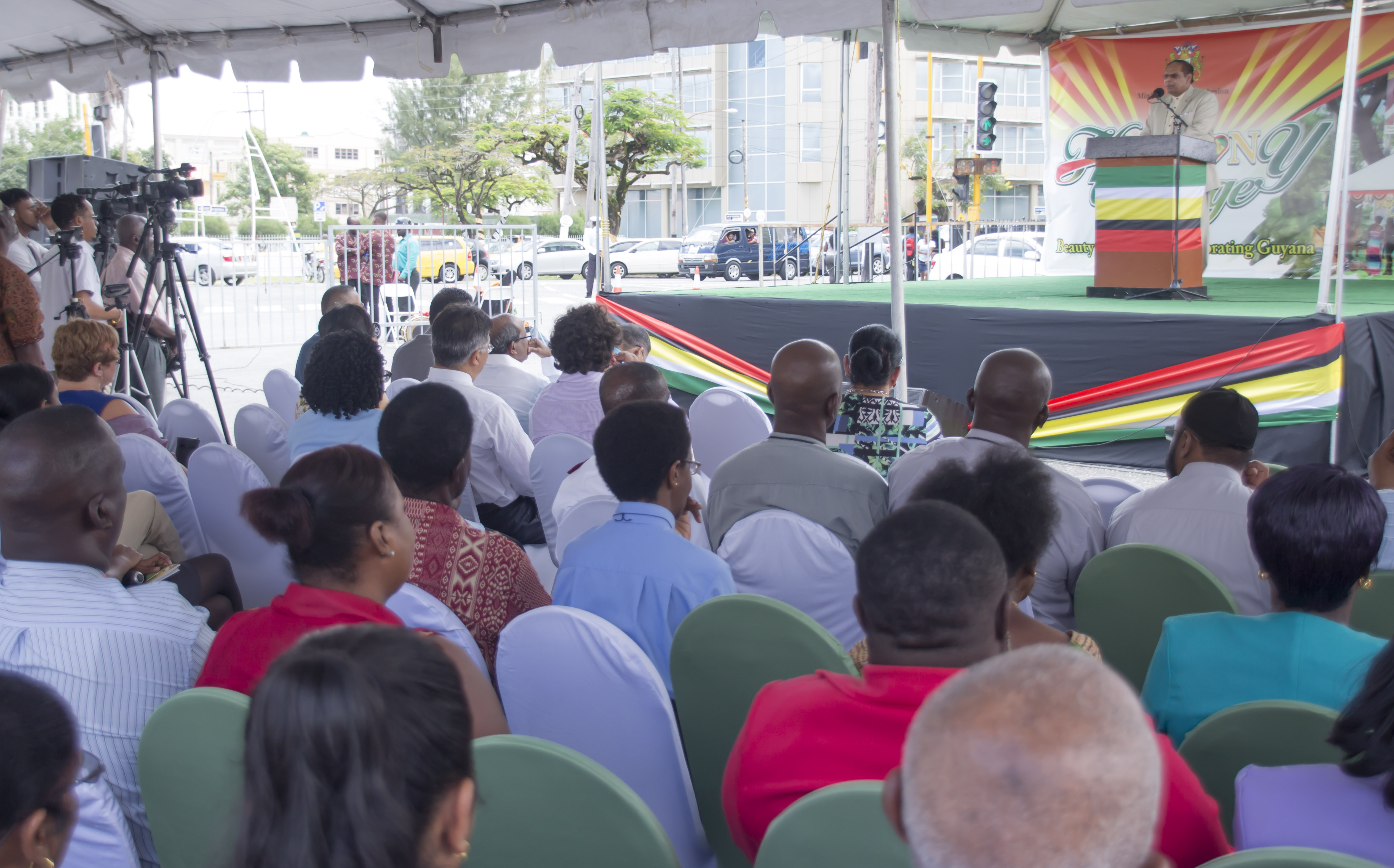 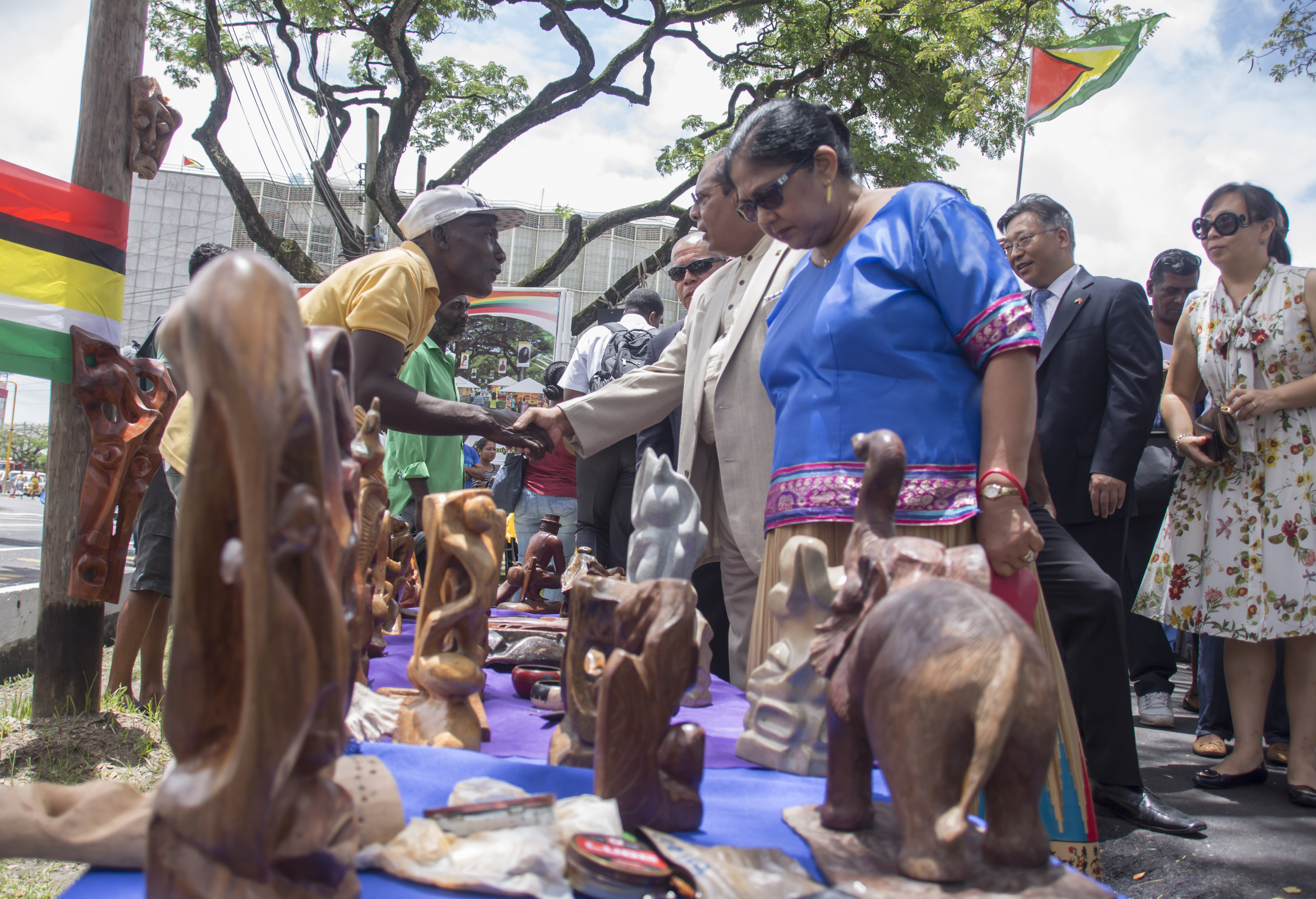