President Granger meets with Chancellor of the University of Guyana

The meeting was convened to discuss matters relating to the University, the highest tertiary institution in the country. 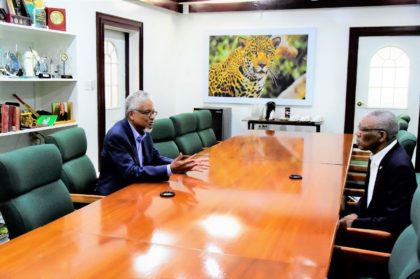